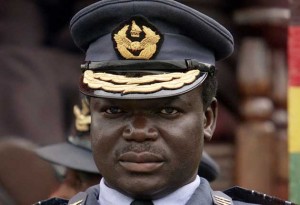 The programme is designed to improve the food security and nutrition of smallholder farmers and rural communities in Zimbabwe. It aims to help 349 000 Zimbabweans. It is managed by the Food and Agriculture Organisation (FAO).

It provides extension and advisory services including nutrition and biofortification, rural finance, market development and evidence generation to contribute to policy discourse, both public and private.
According to FAO the programme has seen the provision of agricultural extension and advisory services to over 140 000 smallholder farming households on good agricultural practices, including climate and nutrition sensitive agriculture, post-harvest management and financial literacy.

“To date $17,7 million has been disbursed to smallholder farmers and value chain actors,” FAO’s head of operations in Zimbabwe, Jean Claude Urvoy, told the media recently.

“LFSP has established and capacitated more than 60 commodity or farmer associations for aggregation and collective marketing,” he added. LFSP has also been involved in raising awareness and training on fall armyworm, reaching more than 60 000 smallholder farmers in preparation for the new season. It has also released new groundnut varieties and four vitamin A orange maize varieties.

More than 120 000 smallholder farmers have been supported in production and consumption of biofortified crops (vitamin A orange maize and high iron and zinc biofortified sugar bean). LFSP has promoted use of information communication technology extension platforms reaching about 70 000 farmers and enhanced access to loans/credit for 26 000 smallholder farmers cumulatively.

According to Urvoy, there has been an increase in farm output up to $55 million for LFSP households. LFSP covers four provinces and is found in eight districts such as Gokwe, Shurugwi and Mutare, which were selected based on poverty levels, food insecurity, the prevalence of stunting and the potential for market development.

This means any agricultural and food security strategy that does not recognise this structure will likely be ineffective to achieve inclusive and broad-based poverty reduction and agricultural growth. Increased efficiency in the production of maize is the best means to achieving competitiveness in local and regional maize markets. The current average productivity is too low to achieve this self-sufficiency.