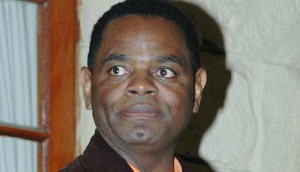 FORMER asbestos mining giant, Shabanie and Mashava Mines (SMM), is looking for a partner to extract and process minerals from its asbestos tailing dumps, it emerged this week. The company has engaged a consultant, Tailjet Consultancy Services, to expedite the process.

SMM, which operated Shabani Mine in Zvishavane and Gaths Mine in Mashava, closed in 2008, three years after government seized it from former shareholder, Mutumwa Mawere. SMM has 49 tailing dumps located at its two mines, which contain magnesium, chrome, nickel, platinum group metals, copper and gold. “SMM is inviting expressions of interest for the processing of the huge Shabanie and Mashaba chrysotile tailing dumps for all or some of the economic mineral resources in these tailing dumps, including magnesium, nickel, chrome and trace amounts of platinum group metals, copper and gold,” SMM said this week.

“(The) partner (should have) both technical knowhow and financial capacity to construct and commission a suitable plant for the purposes of extracting the contained economic minerals. “The dumps at Shabanie and Gaths Mines have always been considered a future mining resource for these various other minerals. Considerable sampling work has been conducted on various dumps over the past 30 years.

The evaluation of these tailing dumps has been carried out by at least four different teams of consultants in the past, but this work never proceeded to the pilot plant phase. “The expression of interest may be for some or all of the 49 tailing dumps. Interested partners are also required to show their preference of either an outright buy-out or partnership with SMM.” The winning bidder is expected to launch the project in June this year. Government has over the years been in talks with several potential investors for a financial bailout to resuscitate SMM operations.

But potential investors had been put off by the quantum of bailout cash required to resuscitate the mines. It is understood that equipment worth millions of dollars was trapped underground by rising water levels. At one time, SMM was the world’s sixth largest asbestos producer with an annual output exceeding 150 000 metric tonnes of chrysotile fibre and employing up to 6 000 workers at both mines.