Source: Sober people must handle the Doctors’ impasse – The Zimbabwean

The ongoing strike of medical practitioners which is now on day 28 is a serious matter, it is lives of Zimbabweans at stake and it requires delicate handling. 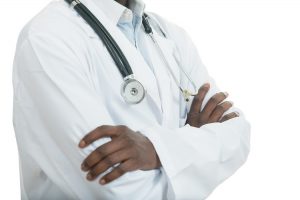 So far, madness has been displayed from the Zanu PF government side, they are playing politics and using a strategy which is clearly not working.

The greatest opportunity to deal with this issue was lost during the budget process when the minister could have simply ensured appropriation is passed in respect of the issues tabled by the medical practitioners.

Unfortunately, those that have been deployed to deal with this delicate matter, are a bunch of people whose default is command, force, coercion and thuggery.

The MDC finds this behavior to be shameless.

Government tries to convince the nation that it has not suspended doctors but interns. When a person graduates they can no longer be an intern. The requirement of housemanship has nothing to do with the University; it is a condition of the regulation authority. Graduates can skip that and walk straight into practice in another country.

In any case, the government cannot today claim that it was unleashing interns on unsuspecting patients and expect to be taken seriously. If by any means they were interns, Zimbabweans know that they served the purpose and they want them back at work, paid through the taxes money.

The same failed government claims it will recruit new doctors, surely this cannot be the way to deal with this problem. The graduating class has way less than 200 doctors, it would take 3 years to replace 530 doctors.

Zanu PF must also know that in three years, 75% of them will leave. With this approach we can argue that 100% will leave.

They will not even serve for a month. We cannot imagine less than 200 doctors attending to Mpilo, UBH, Harare Hospital, Chitungwiza and Parirenyatwa Group of Hospitals. Burn out will catch up fast and they will join industrial action.

The Medical Practitioners register has been hovering around 2500 individuals for over a decade including dentists.

Misinformed and ignorant people must never pretend to be in the know and take a lead in a technical process. Claims that the government spent a lot of money training these doctors is an insult to parents who pay their hard earned cash to send their children to school.

Reducing government focus to junior doctors is totally mischievous, for every other doctor has downed tools.

Yesterday, the Zimbabwe Hospital Doctors Association revealed that the supplies the illegitimate government spoke of contained expired medicine and no provision of protective clothing has been made.

This is no place for individuals who delight in the use of force.