Some ministers embarrassing the President, nation 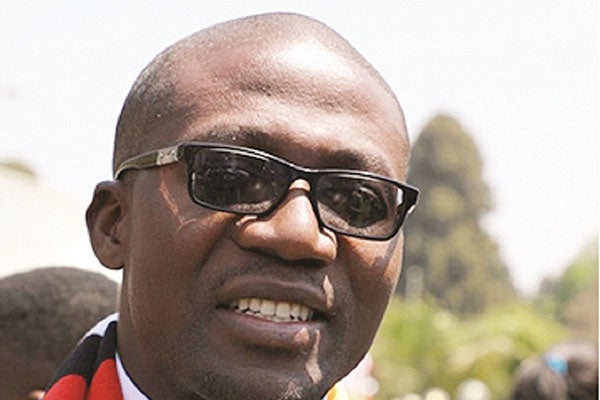 HOLY smoke! It is little wonder this country is not going anywhere. It appears the majority of our leaders are operating from outer space, somewhere beyond Mars in yonder galaxies.

What some of our ministers’ utter more than startles; it stinks to high heaven, and is such an insult to our nationhood that these opportunistic leaders should not be allowed anywhere near critical institutions of our economy.

How, in God’s name, can Environment and Tourism minister Nqobizitha Mangaliso Ndlovu honestly sit in front of a foreign media camera and utter stinking lies to the world that Zimbabweans are exaggerating the hunger in this country.

Asked by a BBC journalist whether he has ever been to Mbare where children are going to bed hungry, he said: “There tends to be also issues of exaggerating certain issues.”

Strangely, in the same breath, Ndlovu said the country is currently importing 70% of its grain to avert famine. So why import all that grain if people are exaggerating issues of hunger? So, again, why send an SOS to the world out there if issues are being exaggerated?

It is also quite sad that Ndlovu’s tone appears to suggest that, because Mbare was mentioned, the only people who are hungry are those living outside towns and cities. He appears to be conveniently forgetting that the urban areas are fed by those living in the countryside and so if there is a drought, it follows that there would be little to no food reaching those in towns.

He also seems unaware of the fact that government’s ill-informed austerity measures have impoverished workers in urban areas to such an extent that their salaries can no longer buy enough to feed families. This has given rise to hunger visiting urbanites in such a big way for the first time in recent memory.

The austerity measures have quadrupled several times over the prices of basic food commodities, while salaries have drastically depreciated in real terms, yet Ndlovu dares to say “there tends to be issues of exaggerating certain issues”.

Nothing, but downright shock must have forced the BBC journalist to ask whether Ndlovu has been to Harare’s Mbare. The journalist, indeed, did a good job of exposing the tendencies in government circles to lie outrightly, deny facts and hide behind a finger at every turn.

Surely, how could Ndlovu fail to see and be touched by the hunger situation in Zimbabwe which a visitor flying from thousands of kilometres away is able to witness soon after touching down? President Emmerson Mnangagwa should be using these kinds of incidents to arm himself so that whenever he decides to reshuffle his Cabinet, he can get rid of some of these unstable characters who have a knack for lying and embarrassing him and the nation.

Yes, Ndlovu is a likeable character, young and energetic. No doubt he wants to impress his handlers, a case of self deployment to score political points. We hope he learns to tell the truth fast, for the truth alone shall set him free. To his advantage, being a first timer in government makes him corruption-free.

We’re also worried about those of his colleagues who may be career politicians. It is our hope that it’s just this incident. Whoever set up Ndlovu, a political apprentice, to appear on the global arena to represent the country certainly hates the President.

It is our view that Mnangagwa has taken long to assert his authority. Instead of dealing with his enemies in government, who are eagerly waiting for every opportunity for him to fail, he is concentrating too much on the opposition.

But the opposition MDC, led by Nelson Chamisa, has no ability to derail government programmes.

The real threat is at all levels of government structures, who can’t wait to see his back. It is these people who continue to set Mnangagwa up and use various strategies for him to fall.

Clearly, those close to him or in Zanu PF don’t like him.

The President must look beyond his nose!