Some things are better not said

Source: Some things are better not said – NewsDay Zimbabwe November 4, 2019 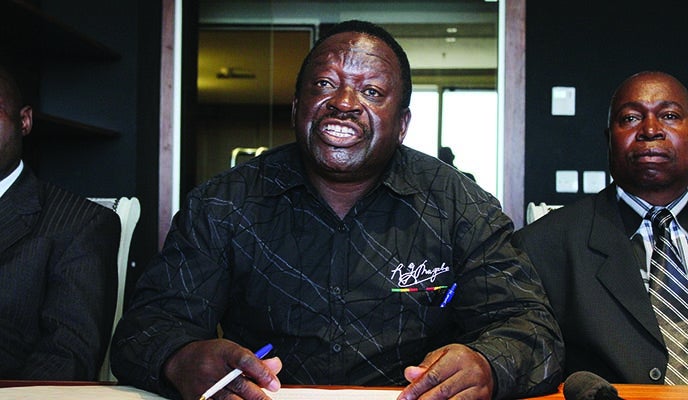 DESPITE the age-old and enduring axiom having instructed that “silence is golden” many, and chiefly politicians, have failed to pay hid to this wise counsel. Many politicians, while finding it quite difficult, if not impossible, to speak when it matters, most have instead zealously gone into overdrive yapping about when they should be keeping quiet.

More than two years down the line after the so called new dispensation’s austerity measures have decimated livelihoods and knocked Zimbabwe’s economy upside down, as well as inside out the southern African nation’s 2030 middle income dream, Defence and War Veterans deputy minister Victor Matemadanda has suddenly found his voice and is now telling this trodden, bruised and hapless people that the hardships they are enduring will help achieve economic stability at a time there are no signs of any light at the end of the tunnel. This is nothing short of absurd.

“The last dispensation did not have financial discipline that resulted in printing of unsupported bond notes. President Mnangagwa embarked on austerity measures to re-rail the economy, but these have not been properly communicated to the people. These (austerity measures) have to be packaged well such that everyone knows where we are going and what we are going through. (The late former President Robert) Mugabe’s dispensation bled the economy.

Zimbabwe is like a person being treated of extreme blood loss whose recovery is painful,” Matemadanda is telling us.

Granted, the old dispensation printed bond notes that were not supported, however, Cde Matemadanda, if you may allow us to ask: Why did the new dispensation not get rid of the useless bond notes soon after it took over power in November 2017? And are the $1 billion-worth of new notes and coins now being printed in the same green and purple bond note colours supported? If they are supported, may our dear comrade care to school us on what exactly is now supporting this new currency and the bond notes they inherited when productivity is nearly zero? Has, since the old dispensation days, managed to manufacture a single gold bar to start building up the country’s reserves that hopefully will help strengthen the local currency?

Matemadanda is also telling us that the country’s disastrous austerity measures were not properly communicated. Who failed to communicate well, by the way? Is he insinuating that some among the new dispensation are poor communicators? And if “Zimbabwe is like a person being treated of extreme blood loss whose recovery is painful”, why does it appear that the person is being drained of all the blood left, given that incomes and savings have all been drained? Honestly speaking, what Matemadanda has told us is not making sense under the circumstances. With Zimbabweans now poorer than they were in the old dispensation, it sounds nonsensical that the austerity measures are fixing things.

Was the new dispensation not supposed to add more blood to the little blood it found in the system, rather than to drain the little left and hope to add its own new blood? Some things are better off if they remained unsaid, Cde Matemadanda.