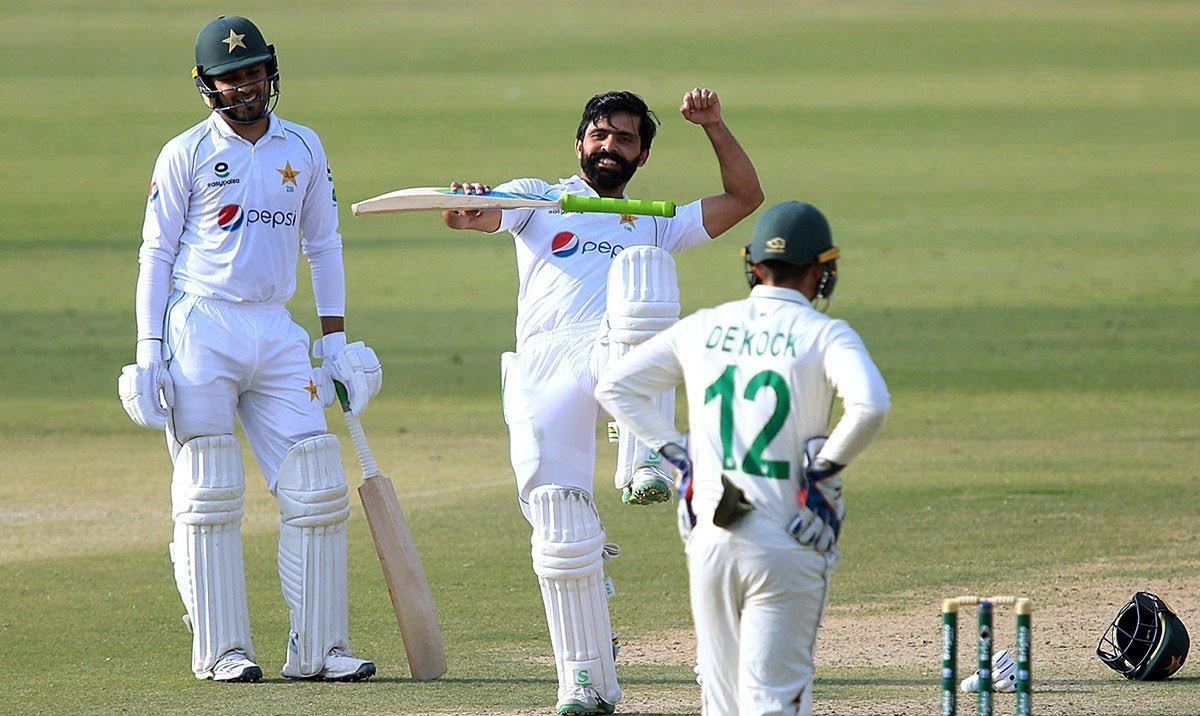 The South African players have been placed in a special bio secure bubble in the style of the Zimbabwean team.All staff and staff members have also been given responsibilities after a negative Corona test. For the first time, the participation of media members from both countries was also made conditional on the corona test.

In case of negative corona test of media members, they have been issued passes. For the first time, strict rules have been introduced for media representatives.The ground staff at Pindi stadium has completed preparations to host South Africa after almost 14 years. The pitch is under preparation whereas paintwork in stands is also underway.

High-profile security has been deployed around the stadium and COVID-19 protocols will be strictly followed. The match will take place behind closed doors.The second Test between Pakistan and South Africa will be played in Rawalpindi from February 4. Pakistan has a one-nil lead in the two-match Test series.South Africa tour to Pakistan schedule :