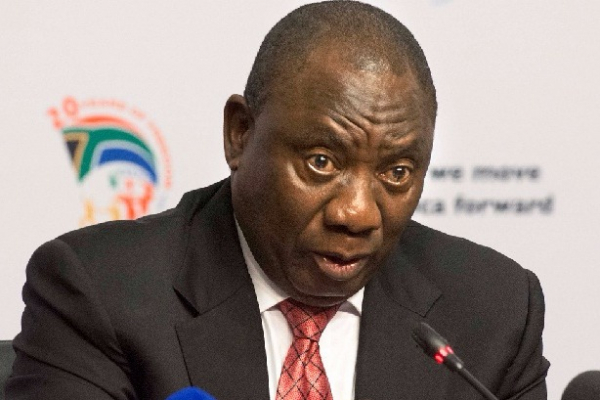 JOHANNESBURG- South Africa is considering introducing flexible restrictions on economic activity after it phases out a nationwide lockdown, according to a draft government presentation seen by Reuters on Wednesday.

An “alert system” comprising five levels would identify which sectors are allowed to operate under different risk scenarios and enable the government to alter restrictions swiftly for different parts of the country.

Africa’s most advanced economy last month imposed some of the world’s strictest measures to contain the COVID-19 pandemic. The initial 21-day lockdown has already been extended by two weeks and is now due to expire on April 30.

The draft presentation, which was put together by the presidency and health ministry, said evidence indicated the lockdown had successfully limited the disease’s spread.

“However, there are serious risks associated with lifting lockdown restrictions too soon, or in an unsystematic and disorderly manner,” it stated.

Sit-in restaurants, hotels, bars, conference centres, cinemas, sporting events and religious gatherings will remain shut after the lockdown ends, regardless of the risk level, the document said. And no gatherings of more than 10 people outside of a workplace will be permitted.

In a speech on Tuesday, President Cyril Ramaphosa said the government would adopt a phased approach to easing lockdown measures, which currently require people to remain in their homes and allow only essential services to operate.

Ramaphosa’s spokeswoman confirmed the document was authentic but said it did not represent the government’s final plan, which Ramaphosa is expected to offer during an address to the nation on Thursday.

“There have been various iterations and various consultations since this version. The president will announce the risk-adjusted strategy to easing the lockdown when he speaks tomorrow,” Khusela Diko said.

Data embedded in the document show it was last modified on Sunday by the office of health ministry Director General Anban Pillay. When contacted by Reuters, Pillay declined to comment until after Ramaphosa’s speech.

Rather than nationwide measures, the system would allow the alert level to vary from province to province based on local conditions.

In determining which sectors can be reopened, the government will weigh the risk of transmission within each industry, the expected impact of a continued lockdown as well as its value to the economy.

Citing a survey of industries, the document showed that the tourism sector would be the sector hardest hit by a continued lockdown, with only 5% of payroll likely to be paid at the end of May and potential layoffs of 55% of the workforce. Commercial aviation could also shed 45% of jobs.

“Sectors with a high risk of transmission should not be allowed to resume activity until this risk is reduced, regardless of the potential impact on their sector or their value to the economy,” the presentation said.

Industries with the highest risk of transmission included aviation, hotels and restaurants, and cultural and sporting events.

Some of the first industries allowed to re-open under the alert system would be agriculture, forestry, financial services, postal and telecommunications services and, with some restrictions, mining.

Construction would be among the last sectors permitted to reopen, according to the document.