South Africa since 1994: Mixed bag of presidents and patchy institution-building 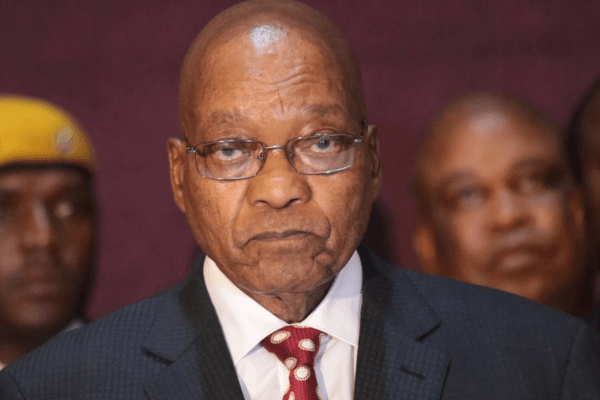 THE coronavirus pandemic has placed the leadership of presidents and prime ministers across the world under the most unforgiving spotlight. It has exposed underlying weaknesses and revealed hidden strengths.

An extreme crisis like this provides the most searching examination of a political leader — a very acute form of accountability. Such a crisis can make or break a leader.

South Africa is a country that faces a crisis of leadership. Against the backdrop of a former President Jacob Zuma being jailed for contempt of court for failing to appear before a commission of inquiry probing State capture and corruption, public trust has unsurprisingly declined. This has come through in research, including studies by the Human Sciences Research Council (HSRC).

This implies that there is a need for a form of leadership that responds to ethical crises. In South Africa and around the world, there is a severe challenge to the “normative core” — the underlying values and ethical principles that hold a society together — as the recent devastating unrest has underlined.

This is the starting point of our chapter, presidential leadership and accountability from Nelson Mandela to Cyril Ramaphosa, in a new State of the nation publication from the HSRC.

Our conceptual approach to comparing the presidents of South Africa’s democratic era was guided by the notion of “ethical presidential leadership”.

We posed questions such as: What were the principal characteristics of three of the presidents who preceded Ramaphosa (Mandela, Thabo Mbeki and Zuma)? And what are the appropriate and useful inferences for his term as head of government?

We found that, in the 25 years since South Africa became a democracy, there has been both impressive constitutional fidelity and egregious constitutional infidelity.

There has been impressive institution-building and destabilising institutional destruction.

Thus, South Africa’s experience of presidential leadership and accountability since 1994 is a confusing and often contradictory mixture of strength and weakness, success and failure, resilience and vulnerability.

South Africa is a constitutional democracy. Fundamental to its transition away from the arbitrary, authoritarian and discriminatory rule of the apartheid era was the establishment of a rules-based society. In this, executive power would have to be exercised against the stern test of what the South African activist, academic and jurist Etienne Mureinik called a “culture of justification”. Every exercise of public power would be publicly explained in an open and transparent way.

Moreover, the founding document of South Africa’s new democracy was conceived as more than simply a map of the fresh distribution of power and authority. It was also seen as a constitution with “transformative” purpose. In other words to change the “country’s political and social institutions and power relationships in a democratic, participatory and egalitarian direction.”

South Africa’s constitution does this. It lays out the primary code for democratic governance as well as social change — even though we recognise that this is a contested paradigm.

Hence, the extent to which presidents adhere to the constitutional written code will have profound implications in relation to their use of executive power and their leadership.

Mandela, with his unequivocal support for the principle of constitutionalism and the supremacy of the rule of law, set a high bar.

For his part Mbeki did his utmost to strengthen the capacity and coherence of democratic governance, most notably with reforms to the presidency itself.

It’s, nevertheless, hard to avoid the conclusion that his approach to statecraft, and to the political management of his own complicated and often fractious party, led him to undermine the constitution and the rule of law.

This might have been done unwittingly, but nonetheless unerringly.

We conclude that he will, therefore, not be remembered as a great constitutionalist or ethical leader, even though in comparison with his successor, Zuma, history is proving to be kinder to him.

In the case of Zuma, the highest court in the land declared that he had transgressed the constitution. In addition, a large volume of evidence has been adduced before the Zondo Commission of Inquiry that suggests that Zuma abused the power entrusted in him as president. And that he enabled the systemic form of corruption that is now commonly referred to as “state capture”.

There is a need to shift focus from strong leadership to building credible and effective institutions at the national and local levels.

We agree institution building is critical. But institutions without conscious, visionary and accountable leaders are vulnerable to abuse of power and loss of integrity.

In other words, ethical leadership requires strong, capable institutions. As Ramaphosa discovered last week, leaders will be rendered vulnerable by weak institutions. There was a massive failure of both crime intelligence and policing, as the president was compelled to publicly accept.

The mixed outcomes of the last 25 years have numerous implications for Ramaphosa and future leaders.

Individual ethical standards of the highest order are essential. But these must be buttressed by strong, capable public institutions. Mbeki recognised this and set about building them. Zuma hollowed them out and rendered them vulnerable to “capture”. Ramaphosa is now in a process of rebuilding, but faces a perfect storm of interlocking social, fiscal, economic and health crises.

The influence of strong ethical leadership by heads of State is critical. But a culture of “ethics of care” must be translated at every level of governance.

Facing a severe, protracted and multifaceted crisis, the presidential leadership stakes could not be higher — for the authority of the Presidency and democratic State, the integrity of the constitution, and the socio-economic stability and advancement of South Africa.