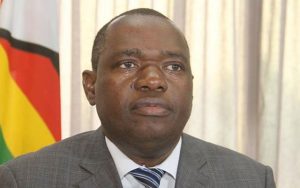 The leaders agreed to “consider options for expanding the standing facility arrangement between the respective central banks,” Moyo said. “Other financing options beyond this are also being explored, for example a facility from South African private banks to the Zimbabwe private sector and guaranteed by the South African government with an appropriate counter-guarantee from the Zimbabwe government.”

Zimbabwe is struggling to revive an economy hobbled by decades of mismanagement under former President Robert Mugabe, with a shortage of foreign exchange causing shortages of food and fuel spawning the highest inflation rate in a decade. The government is unable to borrow from foreign creditors because it’s yet to clear arrears on debt to lenders including the African Development Bank and the World Bank.

The two nations also agreed to: