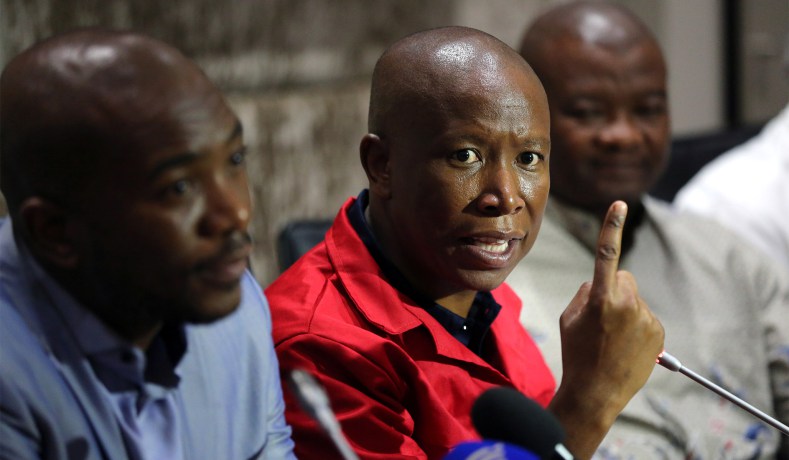 Government seizure of private land is a grave threat to the rule of law.

An almost certain sign that a nation’s economic future and rule of law are in danger is the decision by its government to seize private land without paying compensation. From Cuba to Zimbabwe to Venezuela, expropriating private property has almost inevitably meant a slide into authoritarian rule.

That’s why many South Africans are worried at the news last week that its African National Congress (ANC) government has for the first time moved to seize land without going through the courts first, with two game farms in Limpopo the first test cases.

The planned seizures are part of a larger government plan to use its two-thirds majority in Parliament to change the nation’s constitution to legalize unilateral seizures. Once it has that new constitutional power, the government could in theory posture at being magnanimous and merely force landowners to give up their land for only a token or very small payment. But the rule of law would still be bruised, if not broken.

It’s been a quarter century since apartheid ended, and since then each ANC government has scrupulously followed the pledge of the late Nelson Mandela that private property wouldn’t be seized except on the basis of “willing buyer, willing seller.” But Mandela’s moderate voice has increasingly been replaced by the likes of Julius Malema, who heads the radical Economic Freedom Fighters (EFF), a breakaway party from the ANC.

Malema notes that during the apartheid era, blacks were barred from buying land in white areas, and the ANC government has been slow in compensating blacks who had their land forcibly seized by the apartheid regime. Land grabs are “necessary justice,” he says, and he has issued a call: “People of South Africa, where you see a beautiful land, take it, it belongs to you.”

The ANC knows it’s vulnerable to criticism. Last February, former state president Jacob Zuma was forced to step down after nine years because of corruption charges. His successor, former union leader Cyril Ramaphosa, has to deal with the fact that the country’s economy grew by only 1 percent last year and unemployment is at 27 percent. ANC leaders claim they must move left to blunt the EFF radicals before the next national elections in 2019. Already, in local elections in 2016, the EFF’s strength led to the ANC’s losing control of the local governments of Johannesburg, Pretoria, and Port Elizabeth.  The loss of votes to the EFF in those cities resulted in the democratic alliance, a centrist party, taking control.

A more self-confident government would challenge the demagoguery of the EFF firebrands. The Institute of Race Relations says the government has actually returned large chunks of land to blacks, such that black South Africans control 39 percent to 50 percent of the nation’s land — not less than 10 percent, as the EFF claims. Also, in a quickly urbanizing country, it’s clear that most blacks would prefer cash over land. More than 90 percent of blacks who’ve been given compensation have chosen to take a check rather than title to the land. Polls show that blacks are far more concerned about jobs and corruption than about land reform, which ranks near the bottom.

There are solutions to the land issue that don’t involve Zimbabwe-like seizures. Breaking up crony-capitalist arrangements and lifting burdens on small business would be a good start. Judith February, a visiting fellow at the Wits School of Governance, has asked: “Why has there not been a discussion about the redistribution of state-owned land? The state is the largest owner of unused land in the country after all.”

Another approach is the brainchild of Temba Nolutshungu’s Free Market Foundation in Johannesburg. Nolutshungu told me during a visit to the U.S. in April that, under a prototype project he’s run with private funding, he has helped black South Africans regain title to property they occupied but could not own under apartheid. “Our project, called Khaya Lam, is an approach far more targeted to individual cases. It supplements government efforts and preserves the rule of law,” he told me. Khaya Lam’s pilot project made it a 2015 finalist for the Atlas Network’s Templeton Freedom Award.

Africa is the fastest-growing continent in terms of population, and it desperately needs local success stories to provide good examples that other all African countries can follow.

South Africa has until recently been a decent model for other countries to orient their policies toward. But if the continent’s biggest economic engine moves more and more in the direction of Zimbabwe, then economic growth, investor confidence, and, most important, average people going about their daily lives will suffer not only in South Africa but in the nearby countries with which it trades and does business.