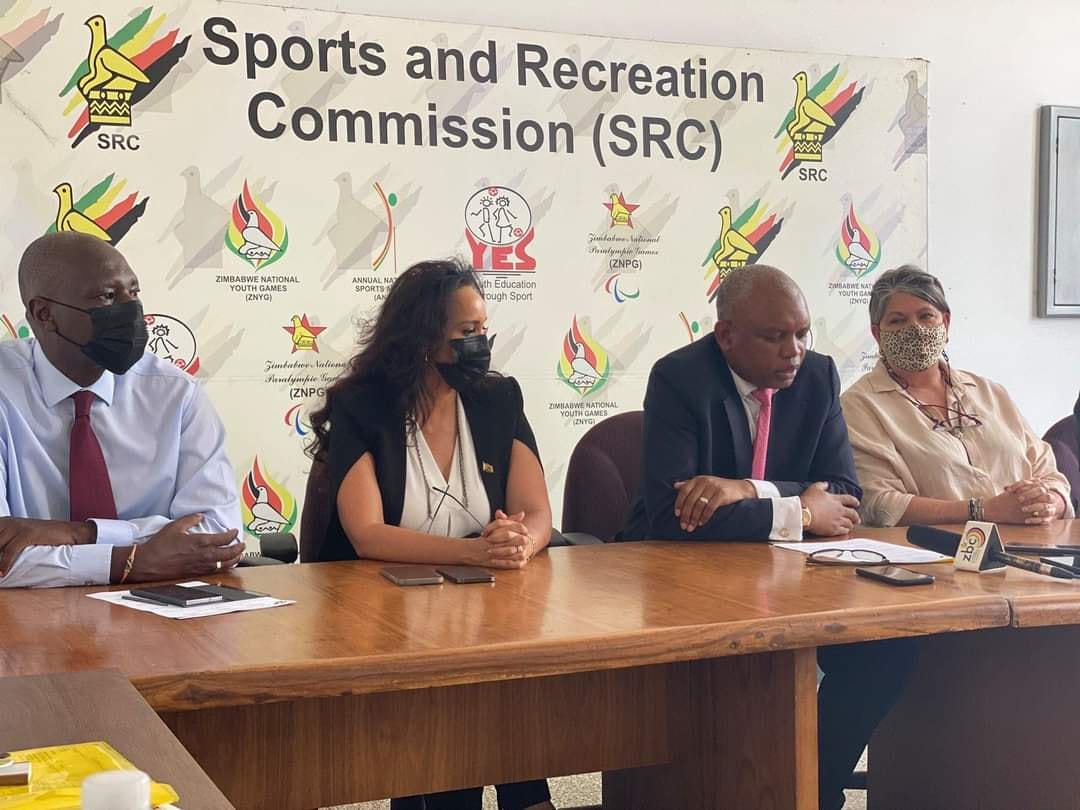 By Kevin Mapasure
THE Sports and Recreation Commission (SRC) claims that it reached an “agreement” with Fifa on how matters affecting Zifa should be dealt with at their meeting on Saturday.

Despite the agreement, the Felton Kamambo-led Zifa board, however, remains suspended as the SRC and Fifa continue with “consultations” and “dialogue”.

The board was suspended on November 16 over a number of transgressions, chief among them failure to account for public funds.

Following the suspension of the board, Zifa board members took the matter to Fifa and Caf and await their response, while SRC also engaged the world football governing body.

The SRC did not share details of the agreement that they reached with Fifa in their statement which was released yesterday.

“The SRC held a meeting with Fifa oficials yesterday, Saturday November 27. The discussions, like the engagements before, have been productive. The parties agreed on the manner in which matters affecting Zifa require to be addressed. The SRC and Fifa are making further consultations with their respective stakeholders and will continue to dialogue in the coming weeks towards the addressing of Zifa’s documented shortcomings. Pending a definitive agreement with Fifa, the Zifa board remains as does the Zifa general-secretary, Joseph Mamutse,” the statement read.

The supreme sports body in the country insisted that football in the country had not been suspended, adding that the Zifa secretariat was still conducting its duties.

“Football in Zimbabwe, on the other hand, has not been suspended despite mischievous insinuations to the contrary in certain sections of what we will refer to as sponsored media. Zifa secretariat remains in control of the management of the game on a day-to-day basis. The SRC is in full support of its activities. Further developments will be made (public) as and when material occurrences manifest.”

When the SRC suspended the Zifa board, it pointed out that it was hoping to get Fifa’s backing and it’s not clear whether the world governing body’s response so far has been favourable to the Gerald Mlothswa-led body.

SRC board member Karen Mutasa told the media on November 16 that they were hoping for a favourable response from Fifa.

“We anticipate that it is possible that we will be banned, but we hope they (Fifa) will co-operate with us to build the game,” Mutasa said.

“Who knows, they (Fifa) might actually be supportive and we pray and we hope for that.”

The suspended Zifa officials proceeded to a Caf meeting in Cairo last week despite their suspension where they met among others, the continental body’s president Patrice Motsepe.

They are hoping that Fifa will decline to sanction the suspension as has been the case with Kenya’s football federation board issue.

Mlotshwa said the SRC was prepared for a Fifa ban, if it comes.

“In so far as Zifa is concerned, we have done the necessary consultations. We are prepared for whatever might happen. If Fifa decides to ban Zimbabwean football, we are prepared. We have planned for that. If that happens we look at it as being a short-term measure,” Mlotshwa said in response to questions from journalists.

“I think Zimbabwean football needs this space and this opportunity to fix itself. If that takes us a year, if it takes us two years and we are out of the international football scene, that is fine, everyone accepts that. If we are suspended from Afcon [Africa Cup of Nations] next year, that is okay. Believe me, we are prepared for that.”