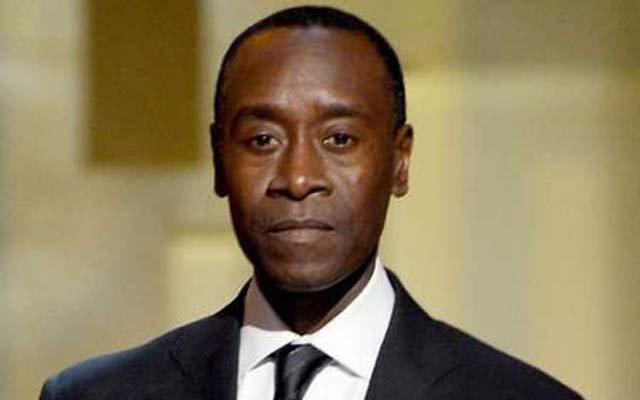 Tafadzwa Zimoyo Senior Arts Reporter
American actor Don Cheadle Jr has dismissed rumours that he will not be part and parcel of a new movie “Mugabe” which has been scheduled for release in 2019, according to social media speculations. Cheadle Jr is a Hollywood actor, writer, producer, and director and made headlines with movies like “Traffic”, “Traitor”, “Iron Man 3”, “Avengers: Age of Ultron” (2015), “Captain America: Civil War” (2016) and the upcoming “Avengers: Infinity War”.

The famous actor posted on social media with a huge applause from local and international directors supporting his notion.
“Africa called to tell me that I was probably going to get to play Robert Mugabe (former President of Zimbabwe) but I’d have to agree to play him as an African and not an African American. I said pass. Thanks anyway!” read the post.

Of late there have been calls from the locals pin-pointing on who should do the movie from acting to directing. Some movie buffs said the movie should be done by Zimbabweans not Hollywood facets. United States-based Zimbabwean born actors Danai Gurira and Tongai Chirisa, with local director Joe Njagu have been pinned to brew the movie, according to social media.

Some pictures of local and international celebrities have been circulating on social media matching different characters like former president Cde Robert Mugabe, former first lady Dr Grace Mugabe, MDC-T leader Morgan Tsvangirai, Dr Joice Mujuru, Acie Lumumba and Evan Mawarire among others who have been dominating in the political history of Zimbabwe after independence. So far, no one has the idea of what the movie will be about, or how the former president of Zimbabwe will be depicted.

However, local filmmakers are keeping their fingers crossed. In an interview Njagu who is credited for the film “Lobola”, affirmed that he was working on the project.

“I support US actor Don Cheadle. We are tired of having foreigners trying to play our role yet we have so much talented stars in the country. It was such great news to see that tweet from Don. It’s high time we start telling our own stories. When Hollywood tells our stories all the money goes to them not to our country. I am working on the project for the film and will reveal details in due course,” he said. He said it has to be original but didn’t shed light on what it will be about.

“We are tired of fake accents of our local languages yet we have them. We have our own local based and diasporas actors. I won’t say who is involved in the project now as it’s still under grassroots,” he said.