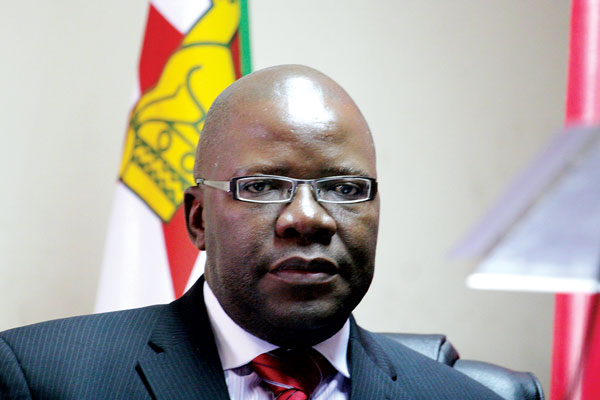 By Staff Reporter
The state accused Citizen’s Coalition for Change(CCC) vice president Tendai Biti who is facing charges of manhandling a Russian investor Tatiana Aleshina at the Harare Magistrates Court of repeating the same facts that were dismissed by the court when he applied for the recusal of the magistrate handling his case.

Biti who is represented by Alec Muchadehama is applying for the recusal of magistrate Vongai Muchuchuti-Guwuriro saying she is biased towards him.

The state is accusing Biti of delaying tactics saying his applications are only for the purpose of delaying his trial.

The opposition leader filed the recusal application against Muchuchuti-Guwuriro for the second time and his application was dismissed before he filed for review which was also dismissed at the High Court.

However, in his present application Biti is saying Muchuchuti-Guwuriro had not granted any application in favour of him.

He said there was a case that was granted postponement on the same day he was seeking a postponement but the magistrate dismissed it.

Biti told the court that he now feels that he would not get a free and fair trial before Muchuchuti Guwuriro.

“I don’t feel safe, and I also don’t feel I can get an objective judgement from this court.

I have seven applications against this magistrate and that means we are now enemies,” Biti said.

But Prosecutor Tafara Chirambira opposed the application saying it was baseless.

“Does it mean if a court makes a decision which is against an accused person it has become malice or biased?

“Justice does not mean that the litigant gets what they want. Recusal is not just there for the taking, presiding officers had the right to seat and decide cases,” Chirambira said.

The prosecutor further said all the issues which Biti raised in this application are just the same ones which were dismissed by Justice Chitapi.

“Nothing has been shown which speaks of bias. Once we say a court becomes biased by making a ruling against an accused person then we are headed for disaster,”he said.

The matter was differed to May 16 for ruling.

The complainant, Aleshina is one of the witnesses in a case involving building contractor George Katsimberis who is alleged to have defrauded a land developer with whom he had entered into a joint venture to build cluster houses in Harare’s Borrowdale suburb.

In the matter, Katsimberis is accused of using plans that were not approved by Harare City Council which led to the show house being demolished.

Aleshina is the chief operating officer of the land developer.