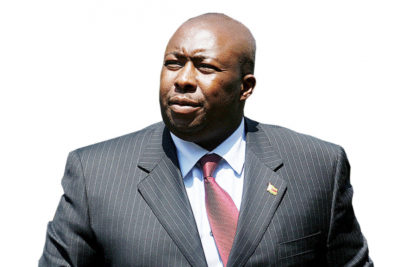 The State yesterday formally filed an application to have the property of former Local Government minister Saviour Kasukuwere forfeited to the State, arguing that he was now a fugitive from justice after being issued with a warrant of arrest on January 17 this year.

Anti-corruption special prosecutor Zivanai Macharaga told magistrate Hosea Mujaya that he was applying for the forfeiture of Kasukuwere’s property in terms of sections of the Criminal Evidence and Procedures Act.

Macharaga said it was clear that Kasukuwere was not admitted in hospital, but was visiting his doctor from home.

“The accused person is enjoying his loot in South Africa fully knowing that nothing will happen to his properties. This court must declare the accused person’s property forfeited to the State. We will not dispose his property if he appears in court within 90 days of the order,” the prosecutor said.

“Even if he is sick or in good health, we are undertaking to delay forfeiture until he appears in court.”

But Kasukuwere’s lawyer Advocate Thembinkosi Magwaliba opposed the application, saying the State had not led evidence in support of his client’s health condition.

Magwaliba further argued that the notice of application by Macharaga was misplaced. He further told the court that his client was issued with a warrant of arrest in January and the State must have applied for the forfeiture of the property during that period, saying the latest application would appear as having two orders on one case.

However, the magistrate reserved the ruling on the application to today.

Late last year, Kasukuwere applied for the release of his passport, saying he wanted to seek medical attention in South Africa.

He got the document in January this year.