Crisis in Zimbabwe Coalition has noted with great sadness recent utterances by the Deputy Chief Secretary, Presidential Communications, Mr. George Charamba to the effect that the construction of a memorial plaque in honour of victims of the Gukurahundi genocide at Bhalagwe in Maphisa, Matabeleland South province is illegal.

Source: State confirms intention to silence victims and sweep Gukurahundi under the carpet – The Zimbabwean 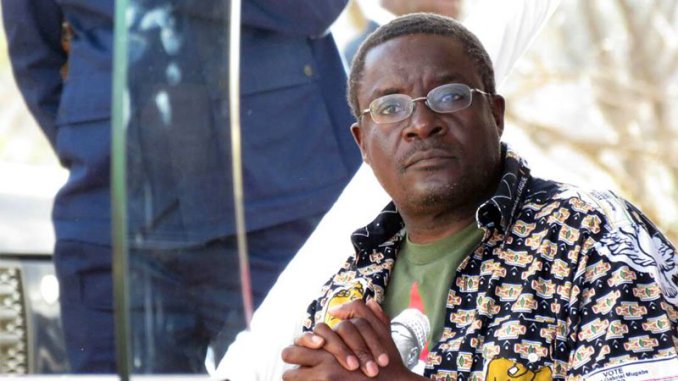 On January 4, 2022 suspected state security agents used what appeared to be explosives to destroy the memorial plaque at Bhalagwe.

This marked the third time in two years that the memorial plaque has been vandalized. The plaque was erected by villagers in memory of their beloved family members, victims of the Gukurahundi massacres who were buried in a mass grave at Bhalagwe.

Following this unfortunate incident, a host of citizens, including traditional leaders, residents, labour, youth and Crisis in Zimbabwe Coalition condemned the act by the alleged state security agents. We also jointly raised concern over the government’s continued silence with regards the destruction of the Gukurahundi memorial plaques.

As Crisis in Zimbabwe Coalition, we categorically stated that the government’s continued silence pointed to unbridled intransigence and insincerity towards genuinely addressing issues of national healing and reconciliation; almost three decades since the Gukurahundi massacres which resulted in the loss of over 20 000 innocent lives.

On January 17, 2022 Mr. Charamba confirmed the government of Zimbabwe’s stance when he told an online publication that the construction of the memorial plaque at Bhalagwe was done “arbitrarily”.

His sentiments are testimony to the fact that the current government led by President Emmerson Mnangagwa does not have the political will to ensure that the Gukurahundi issue is addressed in an inclusive and comprehensive manner.

It is now quite apparent that Zimbabweans cannot trust perpetrators to lead a truth telling, reconciliation and national healing process and consequently, the dream of nationhood in Zimbabwe continues to be a pipe dream.

Destroying memorial plaques and refusing affected families the chance to mourn their departed ones is an attempt to sweep the Gukurahundi issue under the carpet and silence aggrieved citizens.

From Mr. Charamba’s sentiments, it is very much clear that the State is not committed to a genuine process that will result in truth, justice, reconciliation, healing and closure. It is foolhardy to expect victims to seek permission from the chief culprits to erect memorial plaques in honour of their dear departed ones.

Who, amongst this regime has ever sought state consent to put memorial tombstones on graves of their beloved? Why should Bhalagwe be different?

We implore the National Peace and Reconciliation Commission (NPRC) to exercise independence and impartiality and address the Gukurahundi issue through a bottom-up approach- in an inclusive and honest manner. Allowing politicians and perpetrators to lead the process can only serve to derail efforts towards truth telling, reconciliation and national healing.

It is also incumbent upon the NPRC to publicly denounce the sentiments from Mr. Charamba and reaffirm their commitment to a genuine process of truth telling, justice, healing and reconciliation.

As Crisis in Zimbabwe Coalition, we shall continue to offer organic solidarity and support to various citizens’ initiatives pushing the agenda of national healing and reconciliation.

We reiterate that the dream of converting Zimbabwe from a Country into a Nation starts with inclusively and comprehensively dealing with Gukurahundi!

Life was a struggle in Zimbabwe. Moving to Nunavut gave me hope