Crisis in Zimbabwe Coalition (CiZC) implores the state media to be professional and desist from fuelling and supporting crimes against humanity. 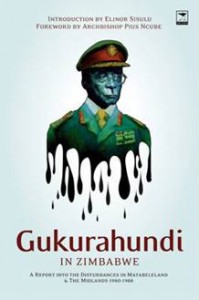 We have noted that of late, the State media has been on an overdrive targeting and criminalizing the work of civic society organizations.

Such partisan and unprofessional conduct on the part of the state media has placed the lives of many civic society actors at great risk especially given the brutality of the regime.

The state media has a history of hate language against civic society organizations and this has been the basis upon which the government has been arresting, abducting and even killing civic society actors.

Since the current government came into power through a military coup in November 2017, the state media has deliberately chosen not to condemn or report on the murder, torture and rape of civilians by the army but has rather adopted a public relations stance in a brazen attempt to underplay the brutality of the army against civilians.

Such a practice is alien in a democratic society.

We need to put it on record that the state media, (from the Gukurahundi atrocities which left over 20 000 civilians dead) has been an accomplice in the murder and torture of civilians through misrepresentation of facts and such a practice cannot be allowed to continue.

As Crisis in Zimbabwe Coalition, we hold the firm view that in a democracy, the role of the media should be to promote respect for fundamental human rights as well as the right to life.