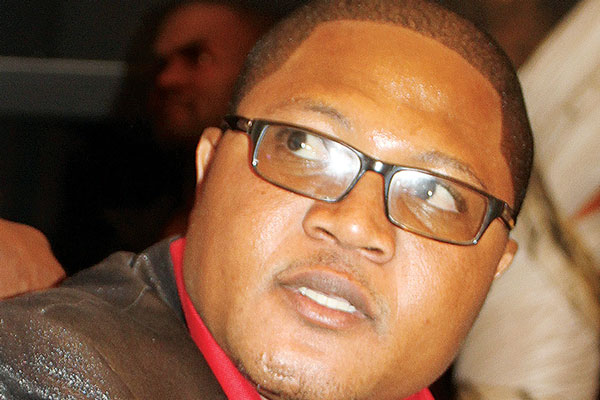 POLICE yesterday said they had established that the incarcerated Energy Mutodi, who was arrested on Thursday after he insinuated there would be a coup, was part of an organised syndicate of powerful people, whom the law enforcers want to round up.

Mutodi, who was charged with causing disaffection among defence forces over his Facebook post about President Robert Mugabe’s succession, was yesterday further detained after the State sought more time to prepare and seek evidence against him.

He is represented by prominent human rights lawyer, Beatrice Mtetwa.

The businessman and musician is detained at Harare Central Police Station and is expected back in court today.

The State had approached the court to further detain him for an additional six hours, as the 48 hours permitted by law lapses at around 7am today before the courts open.

In his bid to seek Mutodi’s further detention, the investigating officer, Detective Inspector Josephat Chitumbura, told the court that Mutodi was not working alone in his endeavour to cause disaffection in the defence forces, hence, the need for more time to bring all the evidence before the court.

“Investigations carried out so far have established that there is a concerted effort by an organised syndicate of high-powered people working in cahoots with the accused, which we are still working to establish,” he said. “Police are still working with digital forensic analysts to recover additional material from the accused’s Facebook account, with a view to pressing additional charges.”

However, his lawyer Mtetwa opposed the application, saying the State is playing games by charging Mutodi basing on online publication, ZimEye’s article.

Mtetwa told the court that the State should consider placing Mutodi on remand rather than applying to detain him further, as this would infringe on his rights to liberty.
“Mutodi helped the police to download the material that they alleged he posted,” she argued.

“Social media posting can be done from anywhere in the world and there is nothing before the court that warrants further detention.”

Mtetwa told court that there was no evidence linking Mutodi to powerful people, as his Facebook account was not shared.

However, magistrate Elisha Singano granted the application, saying the State needed to be accorded the time so it would not bring a half-baked docket to court.

“The police made genuine reasons on why they want further detention because they still need to browse the Facebook page,” Singano said. “Is it the accused’s genuine page and this can only be done by thorough investigations and I, hereby, grant the application.”

Mutodi was arrested after he posted an article with the headline Why choosing a successor is a difficult job.

In the article, he allegedly said decision-making in succession issues had always been a problem among Africans resulting in civil wars, repetitive coups and economic turmoil.

He went on to give examples of Muammar Gaddafi, Laurent Gbabgo and Idi Amin, among others.

Mutodi has posted several articles in support of Mnangagwa in the fluid Zanu PF succession race.