State making concerted efforts to sweep Gukurahundi under the carpet

On August 30, 2021 alleged state security agents destroyed a Gukurahundi memorial plaque that had been erected by Bulawayo based pressure group, Ibhetshu LikaZulu in Silobela, Midlands province to replace another one that was destroyed in June this year.

Source: State making concerted efforts to sweep Gukurahundi under the carpet – The Zimbabwean 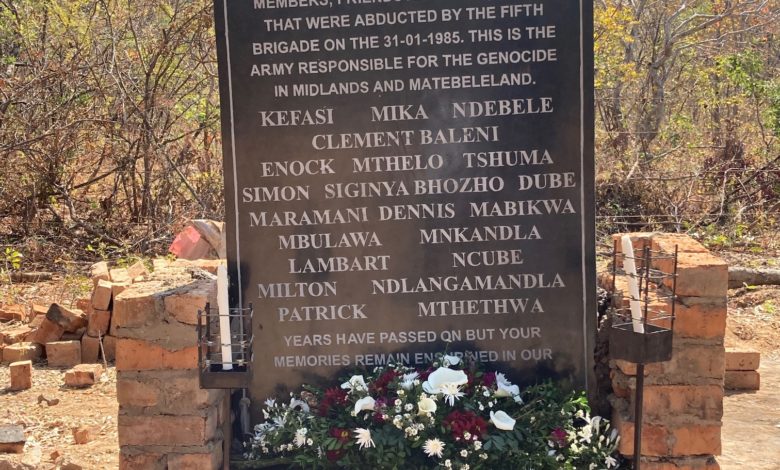 The plaque had been erected in memory of 11 victims of the Gukurahundi massacres.

During the Gukurahundi massacres, an estimated 20 000 civilians lost their lives at the hands of the North Korean trained Fifth Brigade.

The government of Zimbabwe has been making cosmetic approaches towards bringing closure to the Gukurahundi issue and pressure groups have accused the ruling party, Zanu PF of lacking sincerity in addressing the 1980s massacres.

In Matabeleland South, a plaque that had been erected in memory of Gukurahundi victims was destroyed in May (2021).

Speaking to the Crisis Report on the latest development, Ibhetshu Likazulu leader, Mbuso Fuzwayo said the state has shown lack of sincerity on healing and reconciliation.

He said it was unfortunate that victims of Gukurahundi continue to bear scars of the Gukurahundi massacres due to machinations by the state to sweep the issue under the carpet.

“The implication of all this is that it will continue to widen the gap between the perpetrator and the survivors. Survivors want a genuine independence process and on the other hand, the state wants a process that it controls and manipulates.

As Ibhetshu Likazulu, we are determined to stand with victims and survivors and to oppose all forms of manipulation by the state and we will continue to put the memorial plaques in honour of victims of Gukurahundi until this matter is resolved in a way that meets international standards and norms,” said Fuzwayo.