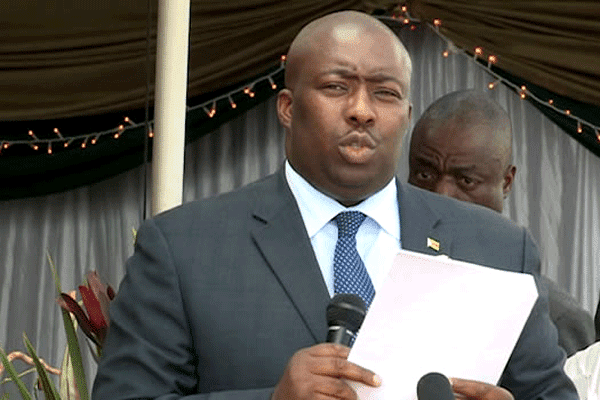 The State intends to forfeit an immovable property belonging to former Local Government minister Saviour Kasukuwere, which he surrendered as part of his bail conditions after he allegedly fled the court’s jurisdiction.

The application was expected to be heard yesterday, but Macharaga and Chinyama agreed to have the matter postponed to March 14.

“We write to advise that on January 17, 2019 accused was issued with a warrant of arrest after he failed to appear for his trial. In terms of section 119 (1) and section 133 (a) of the Criminal Procedure and Evidence Act an order declaring any recognisance forfeited can be made,” the letter read.

“The State, hereby, notifies the court that on March 6, 2019, it shall make an application to have an immovable property surrendered by the accused person as surety to be declared forfeited to the State, as referred to in the minute dated February 22, 2019. The State will proceed to make such an application in view of the fact that accused has clearly defaulted court and has no willingness to stand trial. The accused has no right of audience before the court of law in view of the fact that he is a fugitive.”

Kasukuwere had applied for the release of his passport to enable him to seek medical attention in South Africa.

“The State will make the application as notified unless the accused appears in court in whatever condition be it sick or good health. If the State succeeds and has the immovable property forfeited such a property may be sold by public auction or the State may deal with it any other way allowed by the law and this will be done on the shortest possible time provided by the law,” the letter read.

But Magwaliba further challenged the purported notice of the State saying the section used to file the notice was defective.

“We further notice that your notice is purportedly predicted on section 199 of the Criminal Procedure and Evidence Act and if the reading of the same section is correct, your notice is again defective since it is predicted on the wrong law. You may want to take this opportunity to visit the relevant section,” he said.