Statement on the Torture and Arrest of Protestors

The Zimbabwe Human Rights NGO Forum (the Forum) condemns the ongoing torture, cruel inhumane and degrading treatment as well as the ancillary arbitrary arrests of people suspected to have participated in the August 16 protests. The protest had been organised by the opposition Movement for Democratic Change (MDC).

Source: Statement on the Torture and Arrest of Protestors – The Zimbabwean 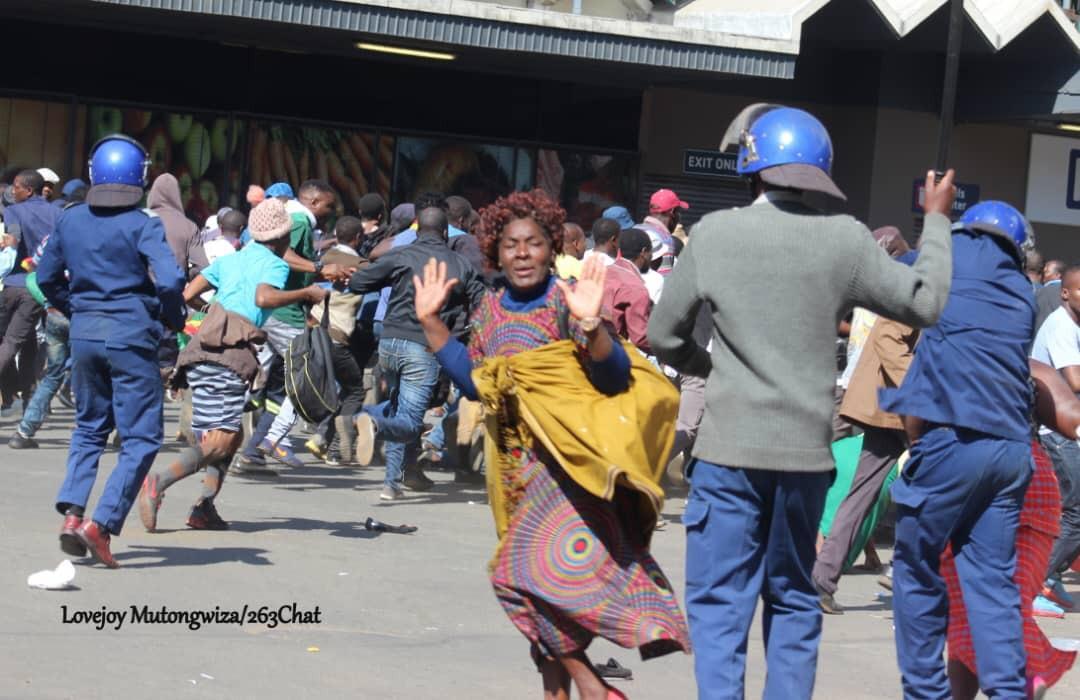 By 1500 hours on 16 August 2019,  Zimbabwe Lawyers for Human Rights (ZLHR) had attended to 128 arrests. Some of the arrests were executed in a dragnet manner. A total of 12 people have been treated by medical doctors following assaults and torture at the hands of the police.  This number is expected to increase as more reports are received.

It is clear from eye-witness accounts and video footage that the protestors gathered at Africa Unity Square were peaceful, posed no threat to people or property. In fact, our monitors on the ground witnessed the crowd sitting on the ground when the police suddenly and menacingly advanced towards the protestors mainly targeting women.  One woman was reportedly left unconscious following the attack.  Several groups of people were rounded up at Corner Second Street and Samora  Machel and at Parliament Building in the Harare Central Business District. Thereat, they were thoroughly beaten while already under arrest and not attempting to escape. Other reports were received from Chitungwiza and Norton. The total number of victims is still to be ascertained.

The brutal attacks on protestors are in clear violation of the Public Order and Security Act (POSA) which provides for a clear procedure of dispersing illegal gatherings. We expect law enforcement agents to follow provisions of the laws that they are supposed to enforce. The Constitution states that the police, as part of the security sector, must not violate fundamental rights or freedoms of any person. The police also have a constitutional obligation  to uphold provisions of the Constitution, which includes fundamental freedoms and human rights. In particular, section 53 that guarantees freedom from torture or cruel, inhuman or degrading treatment or punishment. We are concerned that the government continues to brutalise innocent citizens with impunity.

We call upon the relevant government departments of Zimbabwe to:

As we continue to monitor the situation, we urge the international community to condemn the ongoing violations and call on the SADC leaders currently meeting in Tanzania to remind the government of Zimbabwe to respect the fundamental rights of the people to peaceful assembly and association, freedom from torture and the freedom to demonstrate and petition.