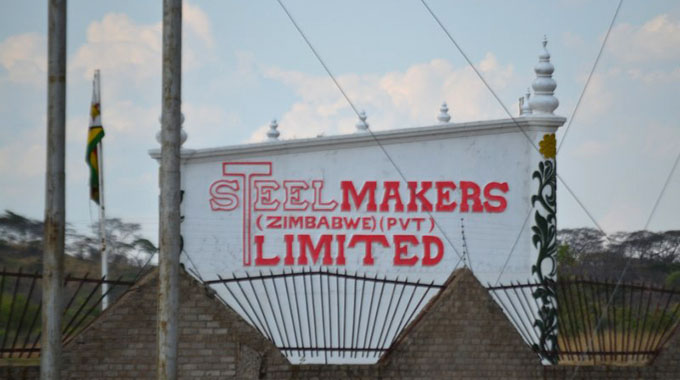 Redcliff-based steel manufacturer, Steelmakers Ltd has embarked on a three -year expansion programme that will see the company set up a coal mining plant in Chiredzi.

Michael Magoronga Own Corespondent
Redcliff-based steel manufacturer, Steelmakers Ltd has embarked on a three -year expansion programme that will see the company set up a coal mining plant in Chiredzi.

The move is a result of a special grant that the company received from government to undertake coal mining activities in the lowveld town.

Coal is a major raw material in the steel manufacturing process.

In an interview, Steelmakers secretary in charge of finance Lewis Karowangoma, said the move is set to see the company doubling its production.

“We received a special grant from government which allows us to extract coal at our plant in Chiredzi. We had applied for the grant a long time ago but we appreciate the government for finally granting us,” said Mr Karowangoma.

He said the company will also resuscitate its iron ore crushing plant in Masvingo which combines iron ore and coal into sponge iron.

Sponge iron will then be transported to Redcliff for the steel manufacturing process.

“Our Masvingo plant will do the crushing process, reducing the iron ore into workable sizes combining the two major raw materials into sponge iron. This means that the whole process of steel making becomes easy because we will be having all our raw materials at our disposal,” said Mr Karowangoma.

He said production is expansion drive is expected to boost production by more than 50 percent.

“Currently we are producing at 50 percent, and with the looming constant supply of raw materials we are expecting to be getting from the deal, we expect to double production levels and even treble in the long run,” he said.

The move will also see the company raising the much needed foreign currency through the exportation of the bulk of the sponge iron.

“We only use 20 percent of the iron in the process and we export more than 80 percent, which is another plus for us as we get the much needed foreign currency,” he said.

The deal, he said will see Steelmakers being able to manufacture 40 000 tonnes of steel per year.

He urged government to ban the import of scrap metal which the company is currently relying on for the steel manufacturing process.