Stephen Chifunyise: Tributes pour in for the celebrated playwright

Stephen Chifunyise, the prolific Zimbabwean playwright and cultural connoisseur, has died of cancer at age 70, his family told CNN. 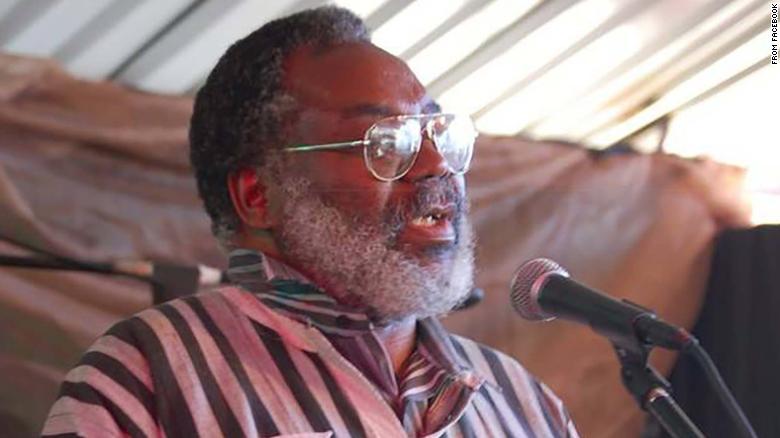 Stephen Chifunyise is being mourned as “a legend, father figure, coach and mentor.”

(CNN)Stephen Chifunyise, the prolific Zimbabwean playwright and cultural connoisseur, has died of complications from cancer, his nephew Dennis Chifunyise told CNN. He was 70.

Chifunyise was an arts aficionado and co-founder of several arts organizations, including the Children’s Performing Arts Workshop, which has birthed world-class stars, including Hollywood actress Danai Gurira.
Chifunyise wrote more than 70 plays, with most performed on stage, radio and television in Zambia, Zimbabwe, Sweden, South Africa, Malawi, India and Great Britain.
He also served in various public positions for the Zimbabwean and Zambian governments.
The National Arts Council of Zimbabwe, which Chifunyise served from 2004 to 2008, was “enveloped with intense anguish, sadness and complete helplessness” at the passing of the veteran playwright, according to a Facebook post.
“Indeed, as Zimbabweans, particularly practitioners in the creative and cultural industries we have lost a legend, father figure, coach and mentor who was an exceptional arts and culture policy expert whose knack of understanding UNESCO Conventions, culture and heritage frameworks and policies was unmatched.”
The playwright’s fans also took to social media to express their condolences.

Your contribution to Zimbabwe’s arts & culture sector is immense. A mentor, an advisor, an artist, a leader, a father, a friend. You always had words of knowledge, of advice and of encouragement. You will be missed.
Go well Uncle Steve #StephenChifunyise pic.twitter.com/dtHFesOsnQ

The passion this man had for the arts ran deep.
Playwright.
Co-founded Chipawo in the 80s, a platform for developing young talent. Some of Chipawo’s products; Danai Gurira, Chiwoniso Maraire, Chipo Chung.
A real Zimbabwean hero.
RIP, Stephen Chifunyise ?? pic.twitter.com/WhV8DQ0qP3

Farewell, dear Baba Stephen Chifunyise. Thank you for your huge contribution to Zimbabwean arts, and for your personal support to me throughout my career, even in challenging circumstances. You are sorely missed. Condolences to your family.