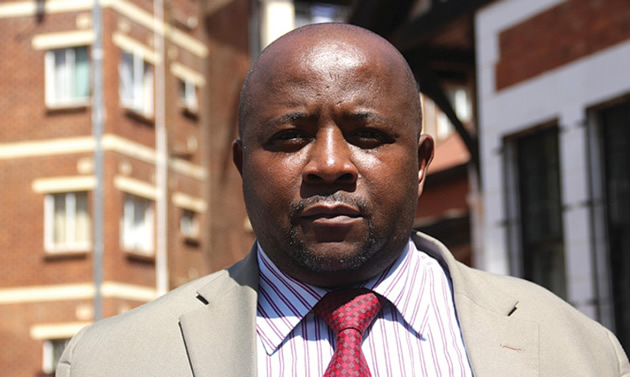 Tawanda Mangoma in Gutu
Zanu-PF national political commissar Lieutenant-General Engelbert Rugeje (Rtd) has warned party members implicated as members of G40 in Masvingo to stop canvassing for leadership positions ahead of this year’s harmonised elections. The party, he said, does not fully trust them.

Addressing hundreds of Zanu-PF supporters during celebrations on the re-appointment of Cde Pupurayi Togarepi as Zanu-PF National Secretary for Youth Affairs at Mavungwa Business Centre in Gutu, Lt-Gen Rugeje (Rtd) said, the party was aware of legislators and councillors who were doing their bidding on behalf of the vanquished group.

Those who have been implicated will have to undergo ideological training or else they will not hold any leadership position in the party, he said.

“Now, it is the time for us to forgive. With all of us coming from a Christian background, we all know the essence of forgiving. Our chiefs know that even if a villager causes problems, he will be punished and forgiven.”

Lt-Gen Rugeje (Rtd) said Zanu-PF will not focus on expelling members but will rehabilitate cadres who will take up leadership posts ahead of the coming election.

“As the national political commissar, my duty is not to expel people from the party. Our primary focus is to re-invite people into the party while focusing on development. I don’t have the power to expel anyone. My power is to hunt for new and lost membership back to Zanu-PF. If anyone says I have been expelled by (Lt) Gen Rugeje, bring him to me. He would be lying to you,” he said.

He, however, warned members who have been fronting the G40 cabal to take a back seat and stop fronting the ruling party’s business.

“You, the forgiven (ones), stop flying on cloud nine. Some of you started at ZUM and you left, then joined MDC and you left for Mai Mujuru’s party, and you were the god-fathers of Gamatox, now we are together. Some of you are with us and you are there at the front. You must be at the back. Those who were steadfast on the dictates of the revolution must be at the front. We will vet you seriously so as to be sure that we are together,” he said.

He said the duties of the Chitepo Ideological School were to re-orient wayward cadres.

“They must go there for six months, (but) it’s not a jail but our school. If we conclude that you have reformed, we will put you back to others. Now that you have been forgiven, that is not the passport for you to start canvassing for posts because you still lack ideological knowledge.”