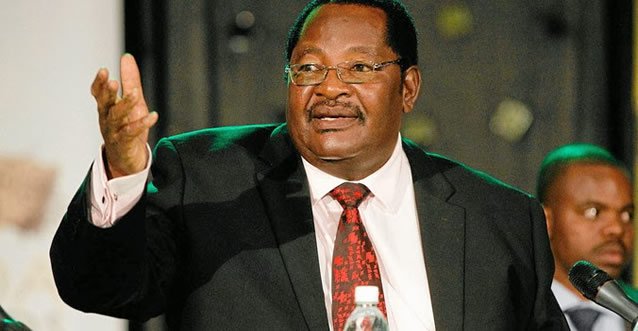 Tendai Mugabe and Nyemudzai Kakore—
Government has condemned needless detention of motorists at roadblocks saying such behaviour affects the image of the country as a tourist destination. Addressing delegates at the inaugural tourism security and enablers conference in Harare yesterday, Home Affairs Minister Dr Obert Mpofu said he had witnessed several incidences where foreign vehicles were subjected to needless interrogation at roadblocks.

He said in other countries foreigners were treated as important visitors. In the same breath, Dr Mpofu said he was aware of some unruly and overzealous police officers, who treated motorists indifferently at roadblocks adding that disciplinary action would continue to be taken against such elements. “I have stopped at roadblocks with foreign vehicles being subjected to a lot of questioning,” he said.

“That does not give us a good image as a destination for tourism. We can try to please each other by wrong statistics, but the end result is that you are not attracting investment. We can deal with each other as locals, but when it comes to outsiders, let’s behave differently. There can be issues of impropriety, but you cannot punish tourists on the basis of that. We need to improve our systems.

“Politics yes, but we are tired of politics. Yes, I am a politician, but let’s allow those that want to create an environment that is successful economically to do those things.” Dr Mpofu said Government would continue to do everything in its capacity to ensure free movement of people and goods by ensuring that police officers adhere to the police charter.

“We are, however, aware of some unpalatable incidences where some of our members, especially police at roadblocks and traffic enforcements, have acted indifferently and contrary to the code of ethics and discipline when dealing with the motoring public that include tourists,” he said.

“Members who have flouted standing instructions have been and shall be subjected to the Police Disciplinary Code and in certain circumstances discharged from the service. In equal measure, corrupt, uncouth and ill-disciplined members have not escaped the wrath of the Police Code of Conduct.”

Dr Mpofu said it was such isolated cases of indiscipline that were tainting the good image of the police force. By 2020, Dr Mpofu said, the Zimbabwe Republic Police aimed at building total confidence by both domestic and foreign tourists in the country’s tourism sector.

Addressing the same gathering, Tourism, Hospitality Industry and Environment Minister Edgar Mbwembwe said difficulties such as perceived harassment at roadblocks, delays at immigration, the Zimbabwe Revenue Authority and poor state of the roads should be addressed to increase tourist arrivals. He said this was despite an International Visitor Exit Survey conducted by his ministry and ZIMSTAT affirming that over 90 percent of tourists would return or recommend Zimbabwe to other potential tourists.

“It is such feedback that should ensure dialogue as we are doing today to ensure we take corrective action where possible and come up with innovative solutions,” he said.

“I must hasten to point out that most stakeholders from the industry believe that investment in e-policing initiatives could go a long way in curbing the excesses of some perceived harassment at roadblocks.” Minister Mbwembwe said to improve on the ease of doing business, he wanted to see automated systems in place within 100 days in all parastatals under his purview.

“The main instruments for achieving the $5 billion tourism economy will be increased investment incentives and conducive investment climate to promote investment in the identified Tourism Development Zones, plugging tourism leakages and enchanted capacity to measure tourism growth through development of a tourism satellite account.”