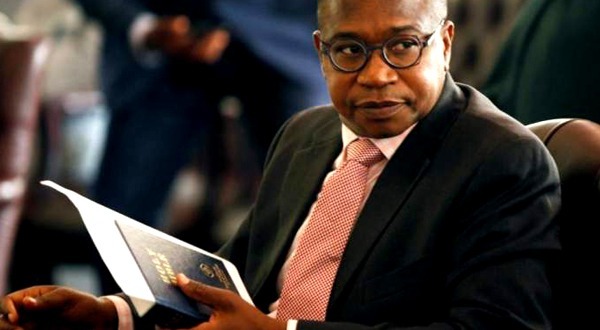 Paris Club chairperson Odile Renaud Basso, responding to an SOS sent by Ncube, told the government to stop killing its own people and pay its debts if it wanted help.

“Paris Club members insist, however, on the fact that the government of Zimbabwe’s desire to normalise its relations with the international community can only advance following the implementation of substantive and sustainable political and economic reforms, in particular regarding the respect for human rights, especially freedoms of assembly and expression,” Basso wrote.
President Emmerson Mnangagwa’s government has been accused of being behind abductions and torture of political opponents, while ruthlessly crushing attempts to demonstrate against its leadership particularly by the MDC Alliance.

Facing an inflation of over 800%, collapse of service delivery, biting fuel shortages and imminent implosion as nurses, doctors and civil servants earning peanuts have reached breaking point, Ncube has made numerous visits to the Paris Club, charming them with his British accent, but actions back home have let him down.
Lack of fiscal discipline by government, unrestrained money printing and use of batons, tear smoke and bullets to solve internal problems have weighed heavily on pleas for help.
“To this end, a successful implementation of International Monetary Fund (IMF) Staff-Monitored Programme (SMP) when the country has demonstrated readiness to begin such a programme, would be an important first step, as would be progress on political reforms. Poor performance under the SMP of May 2019 is a missed opportunity in this regard. We encourage you to press forward with a credible reform programme to stabilise the economy and strengthen economic governance,” Basso wrote.

The world financial superpowers said Mnangagwa would easily access debt relief and other schemes if he was gracious enough to stop his government’s huge appetite on spending money it does not have and beating up its own citizens.
“The Paris Club recognises that Zimbabwe could benefit from a debt treatment from Paris Club creditors, should this be requested by Zimbabwean authorities and should it be favourably assessed by Paris Club members… The normalisation of relations including any potential debt treatment can only begin once Zimbabwe has cleared all arrears to International Financial Institutions in particular to the World Bank and the African Development Bank. In addition the Paris Club will be closely monitoring IFI support to Zimbabwe for COVID-19 assistance programmes,” the response read.

Finance ministry spokesperson Clive Mpambela said he had not seen the Paris Club letter and requested a copy which despite being supplied to him on Saturday he had not provided further response.