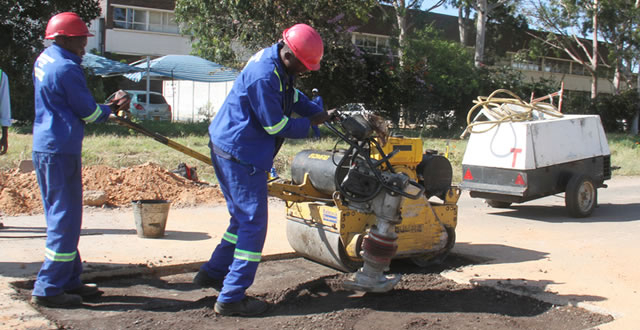 CITY of Bulawayo workers returned to work yesterday after calling off their week-long strike over poor pay.

The strike had crippled council services with uncollected garbage piling up across the city.

Burst water and sewage pipes were left unrepaired while burials were also affected as grave diggers took part in the industrial action which began on January 13.

Zimbabwe Urban Councils Workers Union (ZUCWU) Bulawayo branch chairman Ambrose Sibindi said council and workers had reached a compromise deal which was “not what we wanted.”

“We met management of the city on Monday with regards to our low salaries. We did not get what we wanted in terms of figures. We reached a comprise since we were negotiating,” Sibindi told ZimLive.

“Talks will continue while workers are reporting for work. Our aim was not to destroy the city but for management to take our plight seriously by showing commitment to addressing our challenges.”

Sibindi declined to give figures of the council’s offer, but communication seen by ZimLive showed that council chiefs had agreed a 150% increase on the basic salary and a flat $2 000 increase on a special cost of living allowance which was previously $5 000.

A council employee said: “We have a situation where an allowance in the form of the cost of living adjustment is higher than the basic pay of the lowest paid worker, even with the latest increase on the basic salary. An allowance can be scrapped anytime and this is not a situation of comfort for us at all.”

Workers agreed to meet again with council bosses at the end of March to negotiate further improvement to their salaries.

Despite heavy rains falling across the country, parched Bulawayo is still only able to supply water to residents for 12 hours in a week, and the strike threatened to disrupt water supplies.

The local authority says very little inflows have been recorded at its major water sources, although council chiefs say the water rationing could be eased in February. – Zimlive

Newer Post
How Zimbabwe’s footballers turned to ‘money games’ for survival
Older Post
I never thought of Zimbabwe as a haven of stability. This year, I finally could