Strive Masiyiwa has never commented on political issues the way he has in the past few days. Now he goes full on about Zimbabwean sanctions

Source: Strive Masiyiwa Has Gone All Out Against Human Rights Watch Boss Telling Him Zimbabwe Is Not His Country – Techzim 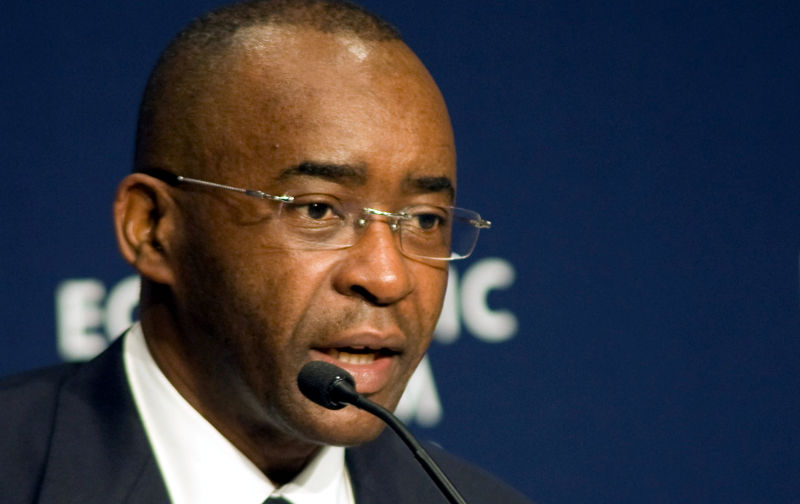 When Tsistsi Masiyiwa shared her thoughts in a simple tweet it triggered a crazy chain reaction that resulted in her and husband Strive deleting their Twitter accounts.

Strive said the decision to delete Twitter accounts was made because his wife was now being bullied on the platform. He singled out an individual who most people concluded to be Dewa Mavhinga who works for the international organisation, Human Rights Watch. Strive said he knew the founder of the organisation personally which some interpreted as a threat on Dewa’s job.

It didn’t end there though. Strive Masiyiwa and Jonathan Moyo traded some words between themselves. Jonathan was one of those accusing Masiyiwa for threatening Dewa. Masiyiwa in turn was reminding the world how Jonathan closed down his newspaper back when Moyo was Zimbabwe’s minister of information.

Of course while all this was happening Econet lawyers were going after a guy called Rutendo Mandinyarare for making a number of allegations against Masiyiwa and Econet including murder!

It kinda started with sanctions

Most of the onslaught against Strive Masiyiwa started before the Tsitsi Masiyiwa tweet really. The biggest trigger seems to be the utterance by Strive that President Mnangagwa seems sincere in wanting reform and change in Zimbabwe and that the international community must compliment him by removing sanctions against Zimbabwe.

It has come back to sanctions

Ken Roth, the Executive Director of Human Rights Watch (the organisation that employs Dewa Mavhinga) tweeted in defense of Dewa saying Dewa did not bully Tsitsi Masiyiwa. Strive and Ken responded to each other a bit and it then came to sanctions!

The comments from Ken Roth that Strive was responding to when he mentioned sanctions:

Strive Masiyiwa, I never called you a “defender of repression” despite your inaccurately placing those words in quotes. My full Tweet said the following: “Defenders of Zimbabwe Pres Mnangagwa don’t want to hear criticism of his government’s persistent repression so they pretend all critics are foreign sponsored. A cheap shot. Why not address the reality?” People can read the full Tweet for themselves here: https://twitter.com/…/status/1080462551123660800Meanwhile, your reference to Moyo is a diversion. I do not defend Moyo. I defend my colleague from the false allegations you made against him when he challenged your wife’s tweet suggesting that critics of Mnangagwa must be foreign sponsored, as I explained in my prior post.

This is an example of a dishonest person who does not have the courage to own up when he makes a mistake.
He wants others to be accountable to him and him alone but will not be accountable himself!

Let me show you:
His headline said:

“Defenders of Zimbabwe Pres Mnangagwa don’t want to hear criticism of his government’s persistent repression so they pretend all critics are foreign” sponsored.”
He then slyly attached a link to an article by Jonathan Moyo, entitled “Moyo slams Masiyiwa”:
This was to identify me specifically as
the so called “defender”!
He did not attach an article about my wife [because to him it’s the husband who is in charge of what she said that he claims to be concerned about]!
He did not attach an article on President Munangagwa, who he claims to be concerned about!
So he picks s fight with me. I say “bring it on my friend”!

Even a child can see that, unless he thinks Africans are just too dumb to see the “dog whistle technique”, which we Black People normally associate with racists when they want to get their friends to lynch us!

It is totally condescending to talk of “targeted sanctions” when everyone in Zimbabwe knows that they were introduced 20 years ago, over the farm invasions, and not earlier over genocide by Mugabe. They are “targeted” for sure—at poor Zimbabweans — because they never affected those on the so called list!

These so called “targeted sanctions” have been like a mad man with a hammer trying to kill a fly!
Every blow:
#closed companies and factories;
#Closed hospitals to ordinary people, whilst the targets when they are sick go to Singapore and Dubai;
#Disease pandemics killing the poor and vulnerable,
# Children not able to access medicines.
# our people forced to flee to neighboring countries to scrap for food even on the streets as beggars.
#You reduced us to aid, which you are now cutting.

A once proud people bowed!

No sir!
Enough!
Zvakwana, aisi nyika yako!
“Enough, it is not your country”.

Allow us Zimbabweans to choose what tools we apply to bring about peaceful democratic change. Your methods have failed us.

Since you have admitted to being the one behind these sanctions, please remove them, and find other means that do not cause so much suffering for ordinary people.

I hope my followers will now answer you going forward:
Here is the hashtag:
#MrRothPleaseStopSanctions.
Children are dying, and so is our country.
Please Sir!

I will attach it to every post I make.