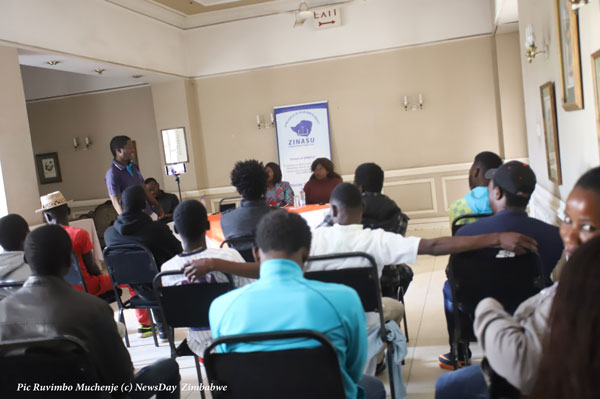 BY LORRAINE MUROMO
STUDENT leaders say they are being victimised by lecturers for activism and protests over their welfare at institutions of higher learning.

Addressing fellow students at a discussion by Southern African Students Union on the state of academic freedom in the region, Zimbabwe National Students Union (Zinasu) secretary-general Joseph Nyamayaro said there was a systematic attempt to silence them.

“I am going to touch on the victimisation of student leaders: Various institutions of higher learning around the country, mainly teacher and polytechnic colleges see the continuous shrinking of the democratic space where Zinasu members have been harassed simply because they belong to the student movement and represent an idea worth fighting for,” Nyamayaro said.

Nyamayaro said a number of student leaders had been suspended for activism.

“This is one of the threats we are facing in this country and an attack on academic freedom because students should not be constricted to associate themselves with any form of grouping.“

“This led to thousands of students deferring their studies and finding alternatives of survival and even moving into neighbouring countries and this is a threat to academic freedom.”

All Africa Students Union secretary for gender and international relations, Angel Mbuthia said: “There is power in student movements and let us push for quality and affordable education for all. We shouldn’t ask, but demand.”