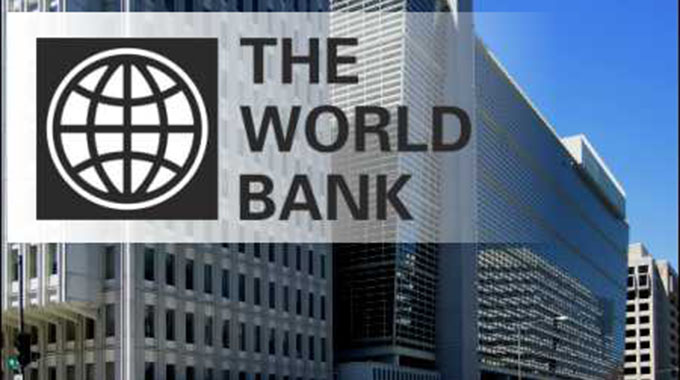 Business Reporter
The World Bank says the Sub-Saharan African economies are still recovering from the slowdown in 2015-16 although the growth is slower than expected.

In its bi-annual analysis of the state of African economies, the October 2018 issue of Africa’s Pulse, the World Bank indicated that the average growth rate in the region is estimated at 2.7 percent this year representing a slight increase from 2,3 percent last year.

“The region’s economic recovery is in progress but at a slower pace than expected,” World Bank chief economist for Africa Mr Albert Zeufack, was quoted as saying in African Pulse.

“To accelerate and sustain an inclusive growth momentum, policy makers must continue to focus on investments that foster human capital, reduce resource misallocation and boost productivity.

“Policymakers in the region must equip themselves to manage new risks arising from changes in the composition of capital flows and debt.”

The multilateral institution said slow growth was partially a reflection of a less favourable external environment for the region. Global trade and industrial activity lost momentum, as metals and agricultural prices fell due to concerns about trade tariffs and weakening demand prospects.

It said while oil prices were likely to be on an upward trend into 2019, metals prices may remain subdued amid muted demand, particularly in China.

Financial market pressures intensified in some emerging markets and concern about their dollar-denominated debt has risen amid a stronger United States dollar.

The slower pace of the recovery in Sub-Saharan Africa (0,4 percentage points lower than the April forecast) was explained by the sluggish expansion in the region’s three largest economies, Nigeria, Angola, and South Africa.

“Lower oil production in Angola and Nigeria offset higher oil prices, and in South Africa, weak household consumption growth was compounded by a contraction in agriculture,” it said.

“Growth in the region — excluding Angola, Nigeria and South Africa — was steady.

Several oil exporters in Central Africa were helped by higher oil prices and an increase in oil production.”

The World Bank said economic activity remained solid in the fast-growing non-resource-rich countries, such as Côte d’Ivoire, Kenya, and Rwanda supported by agricultural production and services on the production side, and household consumption and public investment on the demand side.

The international financier said public debt remained high and continues to rise in some countries.

“Vulnerability to weaker currencies and rising interest rates associated with the changing composition of debt may put the region’s public debt sustainability further at risk.

“Other domestic risks include fiscal slippage, conflicts, and weather shocks. Consequently, policies and reforms are needed that can strengthen resilience to risks and raise medium-term potential growth,” it said.