A brilliant bowling performance from Faheem Ashraf and Hasan Ali along with a timely half-century from Fakhar Zaman was enough for Pakistan to secure a T20I series triumph against South Africa. 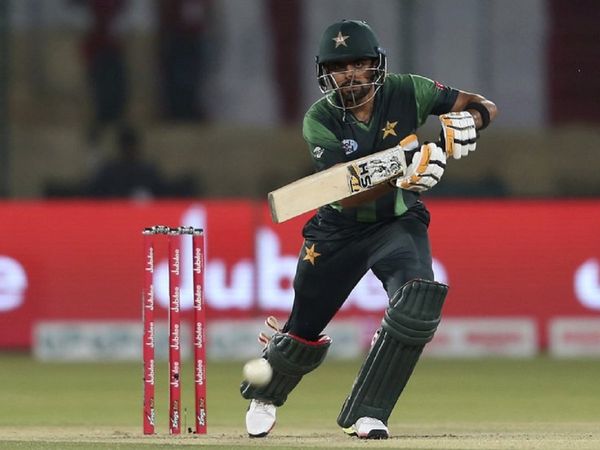 Pakistan beat South Africa by three wickets in the high stakes final fixture of the four-match T20I series at the Supersport Park in Centurion and claimed the series 3-1.

Pakistan, like South Africa, suffered a middle-order collapse as they went from 92-1 to 129-7.
However, Mohammad Nawaz kept his cool in the end and was aided by some poor bowling by the hosts, allowing the tourists to cap the tour with a 3-1 T20I series win to go with the ODI triumph earlier this month.

Earlier in the innings, Mohammad Rizwan went for a duck leaving Babar Azam, 24, and Fakhar Zaman, 60, to help Pakistan stay on track — till they suffered the middle-order collapse. Mohammad Hafeez went for 10, Haider Ali 3, Asif Ali 5, and Faheem Ashraf was sent back to the pavilion for 7.

Nawaz scored 25 and in the end, hit a six to end the match. Earlier, medium-pace bowler Faheem Ashraf sparked a South African collapse when he took three for 17.

By virtue of winning the ODI series 2-1, Pakistan vaulted to second on the ICC Men’s Cricket World Cup Super League points table, while a 3-1 win in the T20Is has helped fourth-ranked Pakistan to reduce the gap with number-one ranked England to just 10 points.

During the South Africa tour, Babar Azam twice achieved number-one ODI ranking in a space of five days to eventually finish the series as the highest-ranked ODI batsman in the world, while Fakhar Zaman and Shaheen Shah Afridi climbed to their career-best rankings in the format.
PCB Chairman Ehsan Mani said that On behalf of the Pakistan cricket fans, I want to congratulate the Pakistan men’s cricket team on an impressive performance on the tour. South Africa has never been easy for the visiting sides, but Pakistan stepped up every time they were tested and challenged on way to winning the ODI and T20I series 2-1 and 3-1, respectively.

Chairman PCB also said that Away wins are always crucial and critical for the team and players’ development and progression. I am confident these results will provide the players and the team the required confidence in what is a challenging and competitive year of international cricket.
—
Wasim Qadri, senior Journalist and television show host, based in Islamabad, can be follow on twitter at @jaranwaliya