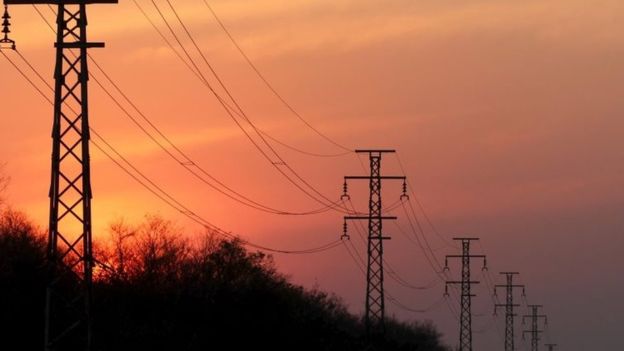 TARIFF hikes on electricity and toll gates among others have piled more misery on consumers who are already battered by the tough economic environment and expose the vulnerability of the local currency.

The new charges will see domestic consumers on pre-paid meters forking out $1 265.11 to buy 200 units per month

Toll fees in other currencies did not shift.

Labour and Economic Development Research Institute of Zimbabwe economist Prosper Chitambara expressed concern over the hikes on utilities which he said would stock inflationary pressures on the economy.

“The hikes will increase the cost of doing business and cost of living and this will ultimately result in an increase in inflation;  and for this year there is going to be sustained pressure on the inflationary front,” Chitambara said.

“We are expecting the price of fuel to increase like it was doing last year. Of course, the improvement in the global economy puts pressure on commodity pricing, especially the price of fuel. We are likely to see continued pressure on the inflationary front. As long as inflation is high, it makes the environment uncompetitive and affects investment inflows into the economy. Investment thrives in a stable economy.”

Inflation which reached a post dollarisation high of over 830% in July 2020  has been spiralling downwards and was at 60,7% in December 2021.

Economist Takudzwa Chisango said the hike was reflective of the erosion of the domestic currency.

“The hikes are reflective of erosion of value of the domestic currency on the exchange rate,” Chisango said

“To me, there’s economic sense by Zesa to upwardly adjust the electricity tariffs by such a margin. There’s a insignificant negative effect to be conjured up by this adjustment to business considering that their pricing models are perfectly elastic to exchange rate movements while electricity tariffs have been highly inelastic.”

He hoped the power increase would lead to consistent power supply.

“While there’s economic rationale in this move by Zesa, it should however ensure that they restore a sustainable supply of electricity, especially noting that the greater part of 2021 was riddled with power outages which hugely affected industry and commerce operations,” he said.

Economist Clemence Machadu said the power tariff hike would choke domestic demand as well as the competitiveness of products on foreign markets, which too might affect exports revenue.

“We have started the New Year with these new threats to the ease of doing business environment in the productive sectors that rely on electricity to produce goods,” Machadu said.

“Take the manufacturing sector for instance, which requires about 18 hours of uninterrupted power supply and electricity is also a major cost driver to them; a power tariff hike of such significant increase will definitely take a toll on the cost of production and those increased costs will be passed along the upper value chains, right up to the final consumer who will bear the brunt of such a hike.

“So this power tariff hike might somehow choke domestic demand as well as the competitiveness of our products on foreign markets, which too might affect exports revenue. So this power hike might reverse the small gains that we were starting to accrue from the building-back efforts which started last year.”

He said the increase in power tariffs would also erode farmers’ earnings.

“Also noting that the producer prices for agricultural crops such as maize have already been set for 2022, the rise in power tariffs will definitely shrink the expected bottom-line for farmers, thereby disincentivising them from growing such crops, and also affect cereals production. Most commercial farmers also require electricity to irrigate their crops and plan their costs in advance, and an ambush tariff hike such as this comes as a huge threat to agricultural production,” Machadu said.

“However, the increase has to be assessed with objectivity. Zesa tariffs have to be cost reflective so that the utility can import power since we have a generation deficit locally (Average 300W in imports). A low tariff is also a huge cost as power cuts become more pronounced, debt to regional power suppliers skyrockets and service delivery deteriorates. Prolonged power cuts mean going for alternative power sources such as diesel in production and running generators is more costly. As such, Zesa has to charge a tariff which is sustainable (cost reflective to pay for coal & power imports) and ensure the utility’s survival. This also calls for addressing structural issues that cost the utility millions in indirect expenditure,” he said.