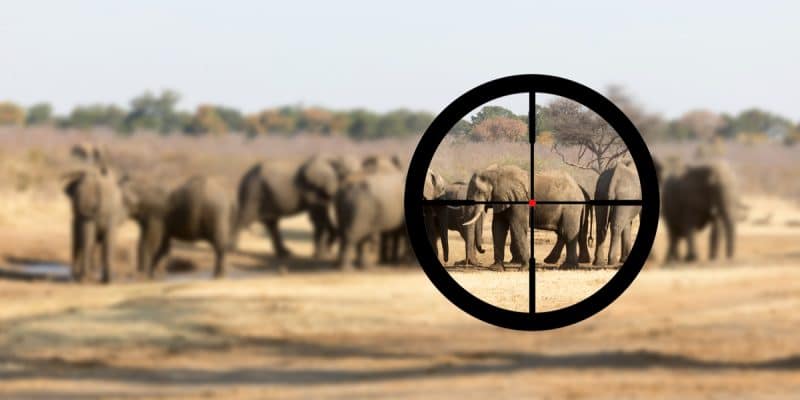 Just when the residents of Mozambique’s Tete province-based Tchuma Tchato hunting Community had begun to significantly enjoy the benefits from hunting which include wildlife and habitat conservation as well as school, road construction and supply of borehole water, they together with other hunting communities in Southern Africa suffered a sudden stop to these hunting benefits, following the COVID-19 international travel restrictions.

This also led to the stoppage of international hunters’ trips to Tchuma Tchato.

“We have already started hunting,” said Justin Rodger, operations manager of  Safaris De Moçambique in an interview this month.

Tete is one of Mozambique’s uniquely situated provinces that shares its borders with Zimbabwe and Zambia and is known for its rich wilderness, wildlife and peaceful communities.

“We note with great happiness that the return of hunting brings back game meat to our community,” said Tchuma Tchato community chairman Clemente Shumba.

“Due to the COVID-19 international travel bans that led to the temporary stoppage of hunting, the whole of last year we did not have game meat which helps boost our protein base.”

The Tchuma Tchato community’s benefits from hunting include wildlife, forest, land and river conservation. Other positive impacts of hunting on Tchuma Tchato range from clean drinking water supply, road construction, provision of transport in times of emergency healthcare situations as well as construction of schools.

Tchuma Tchato is literary translated as “our wealth”. Wildlife revenue is the only significant source of wealth for the community.

Tchuma Tchato is a rich hunting economy that the residents and the Safaris De Moçambique would like to continue growing through sustainable hunting. Wildlife that is hunted there includes elephant, leopard, buffalo, fish, lion, hippo, warthog and crocodile as well as plains game animals.

Tchuma Tchato residents are increasingly appreciating hunting benefits as revenue from only one hunted old elephant or lion bull that is no longer of reproductive value can be used to build a school.

In turn, the school produces professionals that support the socio-economic wellbeing of a country. Money from a hunted buffalo bull can build a community clinic. It can “supply” borehole water to hunting communities that are traditionally located in dry land suited for wildlife hunting.

So too can revenue from a hunted leopard save a degraded forest or a polluted river. Income from hunted wildlife can be used to employ, buy firearms and uniforms for community game rangers and pay their wages to protect wildlife and its habitat from poachers.

These are some of the little-known hunting benefits being enjoyed by both humankind and nature in the Tchuma Tchato hunting community.

“The return of hunting brings wildlife and habitat conservation, we intend to keep drilling boreholes for wildlife to support wildlife management programmes,” said Rodger. “We have continued our anti-poaching efforts and these are permanent.”

He said the list of community development projects they were going to implement, funded by hunting revenue, included the building of a school in Chintopo village, including an “administrative post” for the area.

“We will continue drilling boreholes for potable water for the local community,” he said.

Borehole water is bilharzia-free. Those who have dared fetch water from the banks of the crocodile and hippopotamus-infested Zambezi River in Tchuma Tchato have faced dire consequences. They have also been infected with bilharzia.

Therefore, the provision of borehole water is a safer and healthier alternative.

“Potable water is scarce inland and the Zambezi River poses a significant risk for local people due to crocodile-infested waters,” said Rodger.

Meanwhile, the Tchuma Tchato community continues to pin hope on the hunting economy. Hunting revenue also provides them with income for the continued maintenance of a 650km road network.

They now tolerate the costs of co-existing with wildlife and never collaborate with poachers.

“The local community works together with us and have started to inform us and the authorities about poaching incidents,” said Rodger.

“It shows the willingness of the local leaders to act as custodians of the wildlife. We are also going to continue conservation education for children from the local community.”

Interestingly, evidence of sustainable hunting in the Tchuma Tchato community dates back centuries ago.

Tchuma Tchato historian Jairos Jambo revealed that international hunters, most of them from Western countries used to engage in hunting barter trade with local chiefs in exchange for monster-size elephant ivory.

Contrary to the Western animal rights groups’ propaganda that hunting leads to wildlife extinction, none of the hunted species has ever been threatened with extinction.

This proves overwhelmingly that hunting is a sustainable wildlife conservation management practice. The elephants that were hunted for their ivory centuries ago, are still being hunted in Tchuma Tchato today.

From Angola to Zimbabwe, the African caves are “pregnant” with well-preserved cave paintings that provided evidence of a sustainable African hunting culture of centuries ago — with no trace that it ever threatened the hunted wildlife populations.

Elephants, lions, buffaloes, giraffes, rhinos, leopards, kudu and buffalo are well documented in the cave paintings as hunted species of centuries ago. They are not extinct. They are still being hunted today and their populations are growing.

The UN Convention on International Trade In Endangered Species of Wild Fauna and Flora (CITES) allows wildlife hunting, even of endangered species such as black rhino, as long as the percentage off-take does not harm the hunted population.

Sadly, Kenya is messing with wildlife conservation in Africa, while other African countries are excelling. Influenced and funded by Western animal rights groups in May 1977, Kenya messed its wildlife management policy by banning hunting.

This led to increased poaching that Kenya is failing to stop because communities settled next to its national parks and game reserves suddenly lost benefits from wildlife hunting and incentives to conserve wildlife.

Instead of collaborating with the Kenya Wildlife Service (KWS) to stop poaching, most Kenyan rural communities started to generally collaborate with poachers. This led to the continued sharp decline in Kenya’s elephant population due to poaching.

Meanwhile, the KWS is desperately attempting to rescue its failed wildlife conservation policy using a “shoot-to-kill policy” that Kenyan human rights lawyers say has so far resulted in 14 villagers being gunned down by KWS rangers, with many maimed and traumatised.

Newer Post
Unpacking the constitutional right to silence in Zimbabwe
Older Post
Schools will reopen as directed by ED: Mathema

Man in court for assaulting his children over food