Team Zimbabwe in the making: Murwira 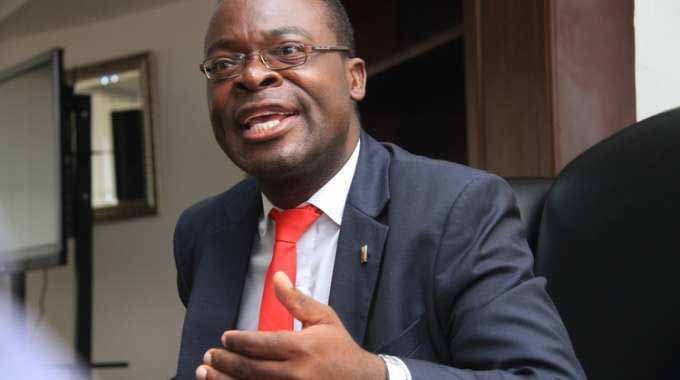 Patrick Chitumba Midlands Bureau Chief
Higher and Tertiary Education, Science and Technology Development Minister Professor Amon Murwira says the new dispensation is creating one team Zimbabwe – where everyone has a role to play in its development.

He said Team Zimbabwe recognises that everyone is unique and has different roles, backgrounds, and experiences that are vital for the socio-economic development of the country. As such, Prof Murwira said, there was need for concerted effort to banish the spirit of entitlement by embracing the spirit of service to others.

Speaking at the graduation ceremony held at Gweru Polytechnic College last week Prof Murwira said there was need for a paradigm shift in the education system and a change in mindset to ensure that education was used practically to address the country’s economic needs.

“What kind of a country with a 95 percent literacy rate would have the kind of economy we have right now? That is why as a ministry we are putting in place policies that ensure we construct the Zimbabwe of our dreams. A Zimbabwe free from hate, poverty, violence and preventable diseases through education. We are constructing it brick by brick to provide the type of education we want,” he said.

Prof Murwira said the country was among many in Southern Africa endowed with diverse mineral resources yet it (Zimbabwe) continued to live in poverty reiterating that it is time for every Zimbabwean to introspect and work as one team and bring different skills, backgrounds and experiences to build a prosperous country.

“Our poverty stems from failure to effectively use the natural resources around us. It is not a wonder that people from other countries flock to this nation. We have the resources and instead of us going out of the country we should work with both foreigners and among ourselves to harness these resources for the good of the country,” said Prof Murwira.

He said the country had intelligent students whom he said were being shortchanged by the education system that failed to produce graduates relevant to the needs of the country.

Prof Murwira said there wasneed for a drastic approach in moving from an education system that was mainly theoretical to one that was practical.

“As a country we don’t want the tragedy of reading the wrong manual. We need an education that causes industry and not one caused by industry.

“We have and shall continue reconfiguring the ministry to be fit for purpose and our institutions shall produce relevant skills and inspire the nation,” said Prof Murwira.