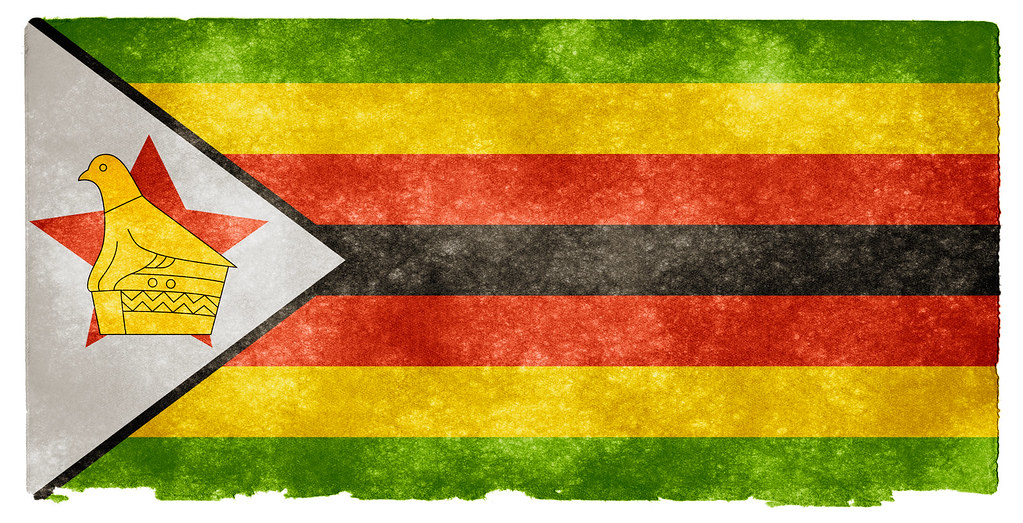 Protests in Zimbabwe are steadily becoming more irritated as the coronavirus pandemic inflames the country’s pre-existing issues. Since gaining its independence from the United Kingdom in 1980, Zimbabwe has been characterized by a weak economy, poor leadership, human rights violations, and general corruption. The British took interest in this African region for its abundance of precious metals and ores, but the policies that have been enacted since 1980 have only driven Zimbabwe into deeper poverty. Now, the near-16.5 million people who call Zimbabwe their home are stuck in an environment where civil and political liberties are severely limited and hyperinflation is routinely setting new domestic records. The situation is only worsened by the rising food insecurity sparked by COVID-19.

Much of Zimbabwe’s struggle is grounded in the inadequate leadership of President Robert Mugabe. Mugabe held that office from 1987 until a coup ousted him in 2017, and previously served as prime minister from 1980 to 1987. (He passed away in September 2019 at the age of 95.) As a result of the coup, Emmerson Mnangagwa seized the presidency. Many hoped he would be a beacon of light that could guide Zimbabwe to prosperity, but since 2017, Zimbabwe’s situation has been anything but prosperous. When protests broke out at the Mnangagwa administration’s response to the country’s severe economic hardships, Mnangagwa responded with kidnappings and torture.

The inflation which became the norm in the Mugabe-era economy was far from ideal, but it was nothing that could not be recovered from. Under the current regime, however, the inflation has reached levels that may be permanently damaging to the Zimbabwean economy. Mnangagwa’s inflation has skyrocketed to 737% as of July 2020. This has been steadily rising since 2018, with only a brief return to any form of normalcy in January 2019. (According to TradingEconomics.com, January’s inflation rate steeply dropped from ~500% down to 175%, but sharply rose again the next month to 550%.) Perhaps most troubling about the economic situation is that Mnangagwa is using the pandemic to force a lockdown in order to prevent protests, according to Human Rights Watch. This move is not only incredibly manipulative, but also highlights just how averse this regime is to criticism. That disdain for criticism is even further highlighted with how Mnangagwa treats protestors, particularly since 2019.

Protesters were met with severe violence as soon as the current series of protests began in early 2019, in response to rising gas prices and further devalued currency. Human Rights Watch reports that “security forces responded with lethal force, killing at least 17 people, raping at least 17 women, shooting and injuring 81 people, and arresting over 1,000 suspected protesters during door-to-door raids.” In the months after these first protests, more dissidents were kidnapped, beaten, and tortured with absolutely no attempts by the government to find these criminals – which would imply that these kidnappings were government commissioned. It is absolutely appalling that a government could quite literally murder its own population as a response to criticism of how it handled the economic hardships that seem to be intrinsic to Zimbabwe at this point.

These clear and obvious human rights violations all came before the pandemic erupted to international levels in March of 2020. Many essential professions, such as doctors and nurses, were overworked and underpaid when the pandemic hit, thus leading to a new wrinkle in Zimbabwe’s litany of problems. These essential workers are demanding to be paid in American dollars as opposed to Zimbabwean dollars, as the American dollar is exponentially more stable than the Zimbabwean dollar, which seems to be devalued as soon as worker’s checks are cashed. In an attempt to appease these workers, the government passed legislation to increase all government workers’ salaries by 50% – which sounds great, but does not even remotely reach the core of the issue. If the government continues to pay these workers more and more money in a currency that is being further and further devalued, they are essentially not paying these workers any more money. If essential workers go on strike to protest this treatment, they may further cripple an already struggling healthcare system, amid a pandemic nonetheless.

Like other struggling countries, Zimbabwe has blamed other countries for their economic shortcomings. Mnangagwa is particularly upset with the United States for imposing sanctions that have supposedly limited their ability to become a prosperous economy, which some of Zimbabwe’s neighbors seem to agree with. One such neighbor is South Africa, which has a very different political and economic landscape than its neighbors to the north. While sanctions of any kind certainly do not help a country’s economy, perhaps if Zimbabwe were to respect the human rights of their own people, then America might lift their sanctions and even offer to help… although the current American regime seems rather unlikely to throw Zimbabwe the metaphorical life raft. However, this does not diminish the fact that, before Zimbabwe can receive monetary help from the World Bank, the IMF, or any other international non-governmental organization, it first needs to address its history of human rights violations.

Recent events seem to indicate that Mnangagwa has no intention of addressing human rights violations. Instead, he doubles down on them, calling the criticism received for killing, torturing, kidnapping, and raping his own people “divisive falsehoods.” During a speech on Heroes Day, a day of remembrance for the lives lost in the struggle for Zimbabwean independence, Mnangagwa called human rights criticism “unjustified attacks by our perennial detractors, both inside and outside our border.” In a different speech, he continued, “…renegades and supremacists who want to pounce on our natural resources will never win the day. Truth shall triumph over lies, and good over evil.” While Zimbabwe was certainly on the short end of a parasitic relationship as a colony of Great Britain, I do not think there is any basis to say that domestic or international actors are trying to seize Zimbabwe’s natural resources. In fact, the Mnangagwa administration has been the agents perpetuating the lies and deceit plaguing the country with corruption and violence. If Mnangagwa’s call for truth to triumph over lies comes to fruition, then he will be determined to be the problem and will be removed from office, likely by force.

It is imperative that Zimbabwe find a leader who can take beneficial control of the country and steer the resource-rich land in the right direction. A direction where 750% inflation is not normal, where killing your own people during a protest is not normal. Where people can speak freely, and democratic processes can occur. The first step to building a better future is reconciliation, and for that to occur, Mnangagwa and his administration must be held accountable for their crimes against their own people.