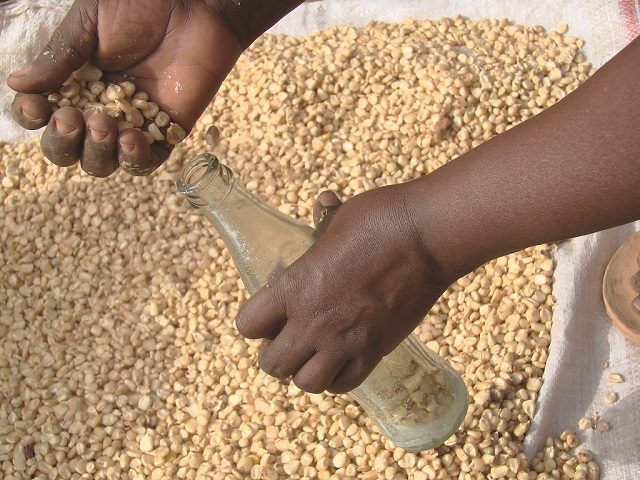 The Grain Marketing Board (GMB) has urged farmers to test their maize for moisture content before delivering to silos to avoid being turned away.

This was said by GMB Nkulumane depot manager Sam Matebeya during a field day at Gumtree where he told farmers that GMB will only accept maize deliveries with a moisture content of up to 12,5%.

A majority of farmers in the country expect a bumper harvest this year after the heavy rains which signalled a successful farming season.

“The acceptable moisture content is 12,5% and so farmers should test their produce before delivering it to GMB to avoid disappointments,” Matebeya said.

“Government has also introduced three selling points that are static, mobile and seasonal depots where farmers can take their grain for sale to GMB,” he said.

Matebeya said government would pay farmers for grain deliveries within 72 hours if the funds are available.

Newer Post
So how is it possible that someone considered too old to run a school class, can be entrusted with running an entire country?
Older Post
‘MaShurugwi will hit mining output if left unchecked’