The big heist: Where is Zimbabwe’s cash going?

Source: The big heist: Where is Zimbabwe’s cash going? | Fin24 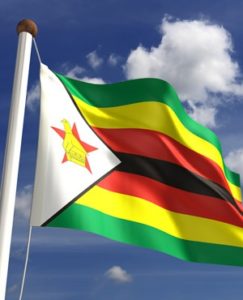 Zimbabwe is currently going through serious shortages of literally everything from bottled water to bread.

Queues have become a common feature across the country as Zimbabweans struggle to purchase even the basics.

Even after suspending import restrictions that were imposed two years ago, the situation has hardly normalised.

All these shortages can, however, be traced back to the limited availability of foreign currency.

This comes at a time deposits in Zimbabwean banks are at an all-time high of more than $9bn (about R129bn).

Zimbabwe is currently using a multi-currency system anchored on the US dollar.

Treasury and central bank authorities insist the $9bn in the banks is equal to US dollars. But this money can only be used by electronic means, and mostly within Zimbabwean borders.

An attempt to withdraw or make a foreign payment will most likely yield a negative result.

There is hardly any cash in the banks. This is at a time Zimbabwe’s export earnings are at their highest having already reached $6bn (about R85bn) before the end of the year. The country’s two biggest foreign currency earners, gold and tobacco are at an all-time high in terms of production.

Authorities claim it’s a sign of a growing economy, and demand for cash, foreign currency in particular has heightened. But where is the forex generated going, because everybody claims they are not getting anything from the central bank, which took it upon itself to allocate the scarce resource.

It even came up with a priority list, which claims to allocate forex according to importance.

But just last week, one of the country’s largest gold miners closed shop claiming it had hardly received cash from the central bank in 30 months.

Portfolio investors on the Zimbabwe Stock Exchange have long given up on repatriating their investments, and yet they are considered as top priority by the Reserve Bank of Zimbabwe (RBZ).

Eskom is reportedly threatening to cut electricity supply to the southern African country for none payment of imported power.

Considering Zimbabwe’s foreign currency earnings are at their highest since dollarisation, it’s hard to explain how it can still experience these crippling shortages.

The import bill, of more than $5.8bn (about R83bn) points to the country’s strong appetite for imported products, but given the shortages and claims by several industries that they are not getting foreign currency allocations, raises many questions.

It points to the underworld where cash must be disappearing too. Claims have already been made that Government and central bank officials are captured by this underworld where they have been diverting cash.

Last month the RBZ suspended four senior officials following claims they were fueling the foreign currency illegal market. There have also been claims of a cartel in the fuel industry, which is also facing serious shortages and yet getting the biggest allocation of foreign currency.

Its hard to explain how fuel imports can increase by more than 50% in a month but the country still experience shortages.

Is the money being used to import, or there is a big heist going on and the foreign currency is being siphoned out of the country?