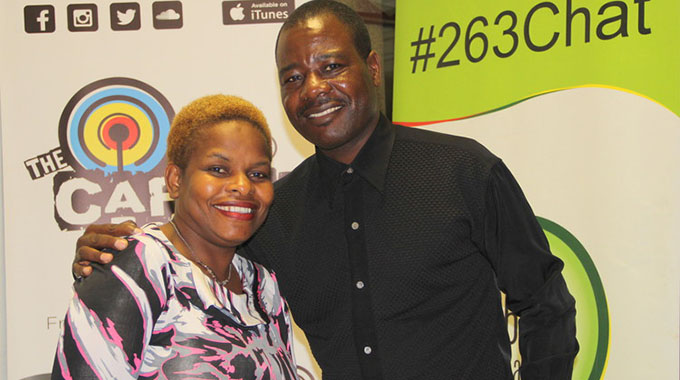 Godwin Muzari Arts Editor
AFTER almost two decades of ministering in the Apostolic Faith Mission in Zimbabwe church in various capacities, the gospel music couple of Pastor Charles and Mai Olivia Charamba has decided to go it alone.

The couple has formed Rooted in Christ Ministries that will have its launch service at the Zimbabwe College of Music on Sunday.

The service will be held in the Large Lecture Room with Pastor Charamba captaining the new ship.

Confirming the development in an interview with The Herald last night, Pastor Charamba said the inaugural service on Sunday will bring to life an idea that was mooted more than two years ago.

“We have officially left the AFM after several considerations that followed a call to mission that I received from God more than two years ago. The idea has been in the pipeline as we prayed and let God’s call come to fruition according to His time,” said Pastor Charamba.

He said they were holding mid-week services with friends and family members at their Borrowdale house over the past months in preparation for the launch of the new ministry.

“Until last Sunday, we were attending the AFM church services as usual. We had notified our leaders about our intention and we were doing the groundwork at home during mid-week services.

“We thank God that we have finally fulfilled his call. We are starting as a small ministry and we believe the church will grow with time.”

The Charambas’ move comes at a time divisions have rocked the AFM leadership, but the popular musicians say their decision was not linked to the widening cracks in the denomination.

“We have always listened to God’s voice. We did so as musicians and preachers. We call our mission ‘pashoko pangoma’, as we emphasised on our album with that name. We are called to ministry through singing and preaching. We are continuing with the music and the Word.”

Pastor Charamba joined AFM in 1988 and enrolled for a Diploma in Theology in 1998.