The coming cold war with Zimbabwe

A proposed tax on aircraft flying to and from SA over Zim is getting serious support in response to Home Affairs’ decision not to renew residence permits for Zimbabweans. 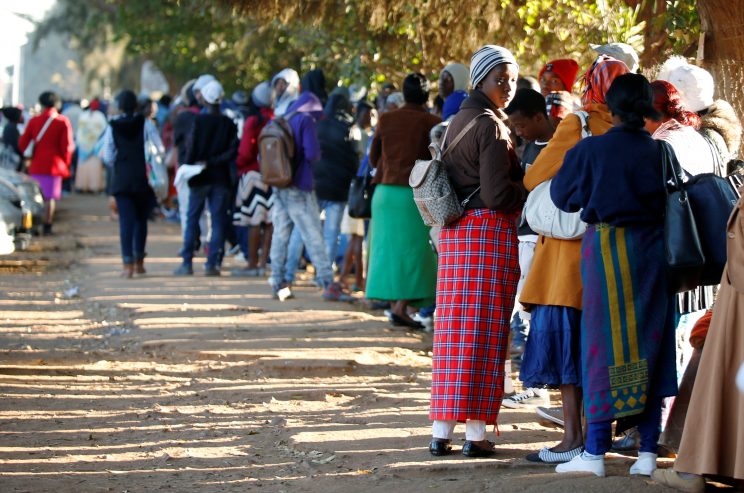 Relations between South Africa and Zimbabwe appear to be deteriorating at an alarming rate following the decision by the Department of Home Affairs not to renew exemption permits for hundreds of thousands of Zimbabweans residing in South Africa.

The so-called Zimbabwe Exemption Permits (ZEPs) expired on December 31, leaving an estimated 250 000 Zimbabweans at risk of losing their jobs, their bank accounts and of being deported.

This decision is being challenged in court by the ZEP Holders Association and NGO Amity Africa, which argue that holders of the now expired ZEPs are entitled to be awarded permanent residence status in SA.

Moneyweb is in possession of a proposal circulated to several Zanu-PF branches advocating the introduction of a ‘Dr Motsoaledi Aviation Bill’ which would impose a pollution levy on all air traffic travelling over Zimbabwe either arriving or departing from SA.

Dr Aaron Motsoaledi, the minister of Home Affairs, is accused of publicly insulting senior members of the Zimbabwean government, including President Emmerson Mnangagwa and several of his ministers. The public position of the Zimbabwean government is that it respects SA’s decision not to renew the permits, though privately, many Zanu-PF members are fuming, warning of a coming cold war between the two countries.

The funds from the proposed pollution levy would be used to assist the return of ZEP holders to Zimbabwe, as well as compensate truck drivers and Zimbabwean victims of xenophobic violence in SA. A portion of the funds raised from the levy would be used to plant flora and fauna in areas negatively impacted by air traffic over Zimbabwe.

This would alleviate any financial burden imposed on them by the pollution levy. All levies on aviation companies arriving and departing from Zimbabwe would be reduced.

A blessing in disguise?

“SA was our closest ally for decades, as we – among the frontline countries – bore the brunt of the cost of the liberation struggle,” says one Zanu-PF member. “SA’s hostility to Zimbabweans comes at a time when nationalism is resurging, but this is a two-way street. Zimbabwe is not without means to respond peacefully to these provocations from SA. Many of us see this as an opportunity to rebuild the Zimbabwean economy, offer tax incentives to companies based in SA that are fearful of their future there, and start attracting companies to relocate here.

“This may be a blessing in disguise, as we now have to fix the country and create business opportunities and jobs in a way that was never possible under (late President) Robert Mugabe.”

One of the first steps in this direction was the launch of the Victoria Falls Stock Exchange, and a Special Economic Zone (SEZ), also based in Victoria Falls, offering tax incentives to companies. Several other SEZs are now under consideration.

The proposed pollution levy is not a punitive measure, says the proposal, which has received strong support from many Zanu-PF members alarmed at the hostility from Home Affairs to Zimbabweans.

The SABC reported over the weekend that scores of undocumented Zimbabwean nationals who arrived in SA by jumping the border fence are being deported. Roadblocks have been set up south of Musina in Limpopo to catch undocumented immigrants.

Advocate Simba Chitando, who is representing the ZEP Holders Association in its court challenge to overturn the decision by Home Affairs not to renew the ZEPs, says there is growing anger in Zimbabwe at the deteriorating relationship with SA.

“The decision by Home Affairs not to renew the ZEPs is part of a pattern, and there is call for retaliation. It’s time for cooler heads to prevail.

“We have previously raised concerns about groups like ‘Put South Africa First’ which has promised reprisals against ZEP holders, and some of whose members have openly advocated violence against Zimbabweans. We have documented the deaths of more than 200 foreign truck drivers, many of them Zimbabweans, who have been killed in acts of xenophobic violence. The government has been silent and even hostile towards the victims of this violence, so we have now raised the matter with the International Criminal Court in The Hague.”

The Gauteng High Court decided not to consider an application last week seeking to overturn Motsoaledi’s decision not to renew the ZEPs, on technical grounds. The court found that lawyers for the minister of Home Affairs had not been properly served with court papers, and that the application was brought at a time when offices were closed.

Various interest groups connected to ZEP holders “are trying every trick in the book”, according to a statement issued last week by Home Affairs.

“At the heart of the dispute is the decision taken by the Minister of Home Affairs not to renew the ZEP and impose a condition giving a 12-month grace period during which time ZEP holders need to regularise their stay through normal immigration laws of the country. The minister took the decision as he is empowered to do so in terms of the relevant provisions of the Immigration Act, 2002.

“The relief sought by these two groups was basically to be granted permanent residency and that the court should instruct the department to issue ZEP holders with visas, pending the review of the minister’s decision by the courts.

“The so-called urgent applications of these two groups were heard in court yesterday, 28 December 2021.

“We are determined to defend any spurious court actions aimed at undermining the lawful and reasonable decision which I took in my capacity as the minister of the department. We are doing this while we acknowledge the rights of individuals and groups to approach the courts to seek remedies if they feel aggrieved,” said Motsoaledi.

“It is common cause that there are many other groupings who are poised to take on review the decision on ZEP in the courts of law in the New Year. And as a result, the department will defend the lawful, rational and reasonable decision taken in my capacity as the minister of the department.”

In a message sent to ZEP holders by Home Affairs in recent days, the decision not to renew the permits is explained in part by the fact that “some of the Zimbabwean exemptions’ holders were violating the conditions in that about 1 900 were somehow able to apply for waivers in terms of the Immigration Act. Their applications were rejected. It goes without saying that a combination of factors led to the lawful, rational and reasonable decision of the minister.”

Though the Zimbabwe government has said it recognises SA’s sovereign right not to renew the ZEPs, many Zanu-PF members are calling for tough action in response, and have signalled their support for the proposed pollution levy on overflying aircraft bound for or departing from SA.