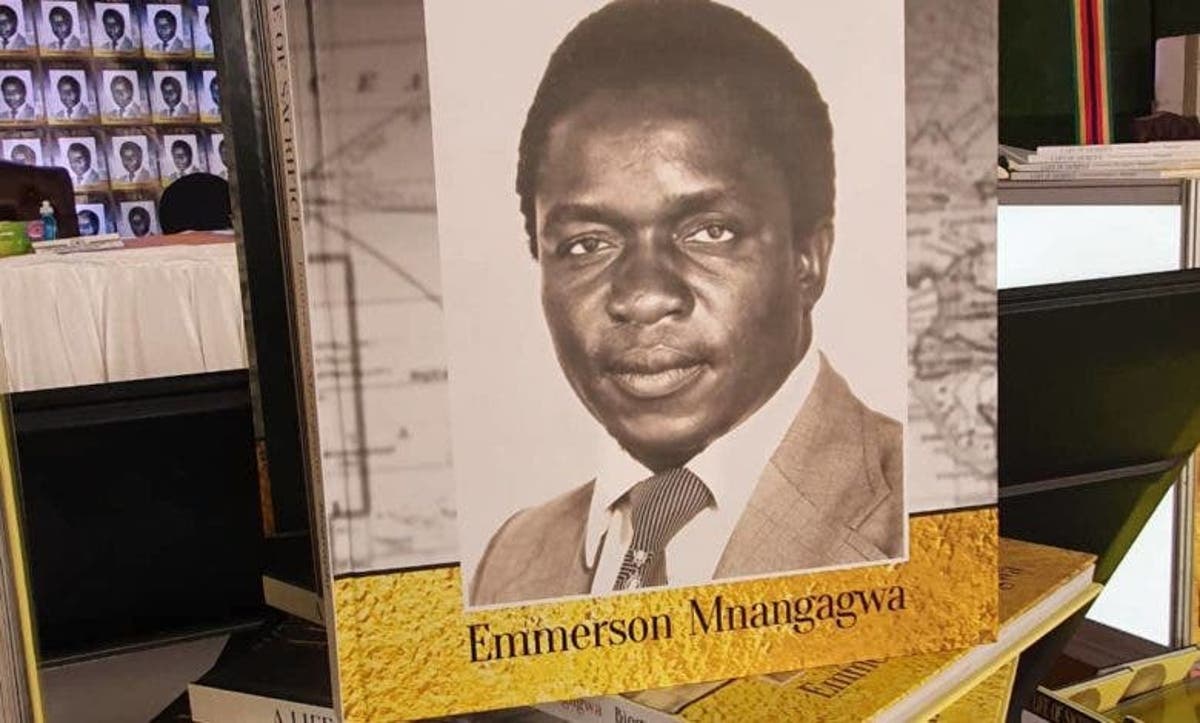 Ngwena has launched a biography written by Eddie Cross, who not so long was an opposition MP.

Am I the only one who thinks there’s everything wrong with this arrangement?

I have not read the book, but looking at the table of contents, I am not convinced.

I think I would rather watch grass grow than read that book, which I am sure is another praise- singing effort.

The last few books written about Ngwena have been terrible works of fiction and I am not convinced this one is any different.

I was left wondering though whether Cross was genuinely an opposition man or he was embedded into Tsvangirai’s party.

We might have been naive and Ngwena was playing a very long game.

As I always argue, the coup, which Cross calls the military assisted transition, was never about my ambitions to be president, but rather it was about getting Ngwena into power by all means necessary.

Just how many people were in the opposition who are now doing the fandango with Ngwena is quite scary.

I wonder how many are still in the opposition, but are actually embedded by Zanu PF.

Back to the book, I am sure some smart Alec will soon suggest that the biography be included as one of the set books right from primary school to university.

I hope I am not giving them ideas kkk.

Speaking of hare-brained ideas, Pupurai Togarepi has suggested that legislators be forced to wear the national dress in Parliament.

The idea of a national dress is already not a clever one, but because it was re-ignited by the Page 2 Girl, Togarepi believes it’s his duty to advocate it.

Talk about boot — or is it pump — linking. I don’t think the Page 2 Girl has enough style to wear stilettos, she’s the type that only wears pumps, kkk.

It’s bizarre that these are the same people that made a spirited effort to ban opposition MPs from wearing their own national flag in parliament.

Rank hypocrisy from these chaps.

Ahh Cde SK could have been onto something about the lack of probity in these governing circles.

Koffi Olomide was in the country to record a song with Roki, which I hear is quite terrible, but it stands out for chanting Ngwena’s name.

I won’t go into detail about the song, as I have no desire to listen to it.

Koffi Olomide was convicted of statutory rape a few years ago. His victim was 15 years old at the time.

Koffi has quite a long rap sheet.

In 2018, Zambia ordered his arrest after he allegedly assaulted a photographer and two years earlier, he was arrested and deported after he assaulted one of his dancers in Kenya.

In 2012 he was convicted in DRC of assaulting his producer and received a three-month suspended prison sentence.

In 2008, he was accused of kicking a cameraman from DRC’s private RTGA television station and breaking his camera at a concert.

Due to his statutory rape conviction, he was barred from performing in South Africa after strong protests by activists in that country.

It reminds me of the time I blasted Cde Tomana over the age of consent and called him “manyegavan” kkkk.

Now, I don’t understand why Ngwena would allow such a man to come into Zimbabwe and chant his praises.

The company Ngwena keeps is quite worrying.

He might think he is reaching out to new voters, but he isn’t doing his brand any favours. What is his brand by the way? Kkk.

Remember the reason they gave for their coup against Baba was that he was surrounded by criminals.

It is now clear that they wanted to take their own criminals to State House, the latest being that tired rhumba musician.

Baba once told you about this man and his strategies to get money, kkk.

I don’t understand someone like him defending receiving a car from the government.

The right thing would have been to turn down the offer and say Zimbabweans are suffering and there’s no need to further burden the taxpayer.

Not Madhuku, instead he called a press conference and tried to defend himself. Is this the calibre of opposition we have in Zimbabwe?

Or maybe I am being too liberal with the use of the word “opposition” and Madhuku and his NCA are now nothing more than an extension of Zanu PF.

There were more spoiled ballots than the number of people who voted for Madhuku. If this man had any shame, he would not touch that car or let alone defend such unnecessary expenditure.

He was once seen as an icon of democracy and careful thought, but not anymore. Madhuku’s defence of receiving that car is quite nonsensical really.