The crocodile and the duck

Source: The crocodile and the duck – The Zimbabwean 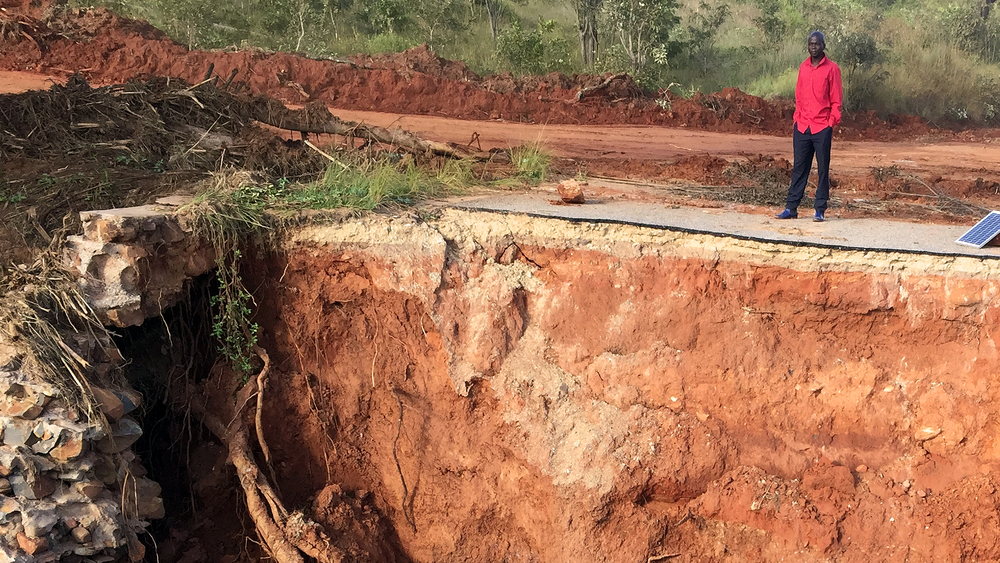 Sitting at the water’s edge watching hippos and crocodiles, white-faced whistling ducks and skittish spoonbills this Easter, the reality of Zimbabwe’s political, economic and humanitarian crisis was never far from my mind. Stopping on the way to my destination I was horrified to discover that the price of bread had gone up from $1.20 to $3.50 a loaf. On exclaiming at the huge price increase, the teller said: “But it’s only RTGS dollars.” RTGS dollars are the only dollars that most ordinary people have in Zimbabwe but these Bond Notes are now worth 300% less than they were worth just two months ago, as are our bank balances, salaries, life savings and pensions.

Arriving at the National Park to take up an Easter booking confirmed and paid for two months before, I was greeted with the news that “the prices are up.” For some minutes there was a tense dialogue with the official trying to get me to pay the new rate, an increase of 300%, and me declining. There was no getting around the increase in the other Park entry and conservation fees which had not been covered in the original booking and these were all up by 300%, “unless you pay in US dollars,” the official said. When I asked what animals there were in the Park the official looked away and mumbled: “poaching is very bad here.” Surrounded by huge chrome and platinum mines, poaching has decimated this national treasure leaving only monkeys, baboons, three waterbuck and one bushbuck seen in six days. Not even an impala? I kept asking myself in disbelief at the beautiful but empty bush; what must the tourists to the Midlands think? Shameful was the only word that came to mind.

One afternoon watching a magnificent saddlebill stork striding in shallow water looking for fish, frogs and crabs the huge bird suddenly took to the air, startled by what had sounded like a car alarm, followed by a loud explosion; it was in fact blasting at a nearby mine. When I enquired from the Parks staff why the mines were so close to the National Park, the answer was simple: “people pay.” Sitting on a little grassy island in the water a crocodile lay in the sun with its mouth open, staring unblinking at ducks, a heron and spoonbill just inches away. It was an image which spoke so much about the state of Zimbabwe today: the power and fear versus the little people.

For nearly two decades Zimbabwe has been in a state of almost continual turmoil, facing one man-made crisis after another. Each crisis and currency collapse have resulted in the rich and well connected amassing and then flaunting vast fortunes while ordinary people have been reduced to beggars. While this has been going on many of our national treasures and special places have been left crumbling, infrastructure collapsing and wildlife eradicated. Recent sightings of a Lamborghini parked outside government offices in Harare speaks volumes to this, our shameful national inequity.

With a great soreness in my heart at what I had seen, I returned home after Easter to find a message from a friend in Mutare with news of ongoing relief efforts a month after Cyclone Idai. Her words brought tears and smiles, lifting flagging spirits: “We still have choppers flying in and out daily, mostly with bodies now. They still find the occasional victim alive, they arrive in Mutare with absolutely nothing.  A group of ladies take food to them in hospital every day, as the hospital cannot feed them all. They also give them parcels with the basics; such a sad situation. One of the first victims was a lady who had a crushed pelvis, she was also pregnant. They decided she needed a Cesarean [C section] before they could sort out her pelvis. She has a little girl, has had her pelvic op and is improving and the baby is doing well.”

Over a month after Cyclone Idai bodies are still being found under the rubble and an unknown number of people are still missing. Cyclone relief work is continuing: Miracle Missions and Harare Helps recently called for volunteers to load their 50th thirty-tonne truckload of aid donated by ordinary people to help those affected by Cyclone Idai. They have now managed to send our donations to people in Manicaland, Masvingo and even across the border to Mozambique. A massive achievement and overwhelming response from ordinary Zimbabweans;  one of the Harare Helps social media posts says it best: “Not all heroes wear capes.” As I write this letter we are thinking of our friends and neighbours in the Comores, Mozambique and Tanzania as Cyclone Kenneth makes landfall and we follow the alerts being issued for parts of Zimbabwe too.

Until next time, thanks for reading this letter, now in its 19th year, and my books  about life in Zimbabwe, love cathy