The day Zimbabwe had two presidents

Source: The day Zimbabwe had two presidents | The Standard 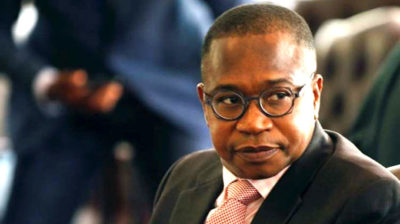 letter to my people:BY DOCTOR STOP IT

My Dear People,
I am happy to be back after a long and well-deserved break.

After a taxing 2020, I had to take a long holiday in the true Gushungo tradition, minus the jaunts to the Far East for obvious reasons.

I know you missed my always informative despatches from the Blue Roof where I take stock of the developments in our beautiful country that is being turned into a laughing stock by the clueless Lacoste gang.

A lot of things happened during my sabbatical and they all went a long way in proving my warnings when you were all excited about removing the legendary Robert Mugabe that this lot did not have what it takes to run a country.

You can tell by the way these power grabbers conduct themselves that they had no plan to take Zimbabwe forward when they staged that cowardly coup in 2017.
They just wanted to taste power and be like Gushungo.

They thought power was sweet and that it was all about sleeping in meetings like what that national treasure they once called their father used to do for the 40 ruinous years he was at the helm for this country.

How else can you explain Ngwena’s decision to go on leave in the middle of probably the worst crisis Zimbabwe has had to confront since independence 40 years ago?

His Cabinet has not met since early December, but we still say we have a government!

The Covid-19 pandemic has paralysed the economy and disrupted every aspect of our lives. Covid- 19 has exposed the rag-tag military faction beyond any doubt that they are just jokers and not leaders.

Responsible governments around the world changed the way they conduct their business to tackle the coronavirus crisis head-on, not just through rhetoric but with tangible actions.

‘Ramakopa’
Just across the Limpopo River, President Cyril Ramaphosa has been regularly addressing the nation on progress being made to stop the spread of Covid-19.
Even outsiders can see that the South African government has a plan to fight the pandemic, hence some naughty citizens of a teapot-shaped country now have the audacity to call their leader “Ramakopa”.

It is because they can see from the neighbours what true leadership looks like and how our own musketeers try to copy the South African lockdown model.

But they still fail spectacularly even after being handed a template to lead a country in times of a crisis.

Instead of leading from the front, Ngwena retreated to his home for a month-long holiday, leaving us at the mercy of his two sidekicks who didn’t waste time stepping onto each other’s toes.

A South African opposition leader quipped that the Lacoste leader had been weighed down by his own incompetence so much that he needed to take a rest.

It didn’t take long to show that the country was on autopilot. Duggish was clearly out of his depth as usual and no one still remembers that he was acting president for a couple of weeks this year.

The less said about the Generari, the better. We were told that at some point Ngwena had to cut his leave short after noticing that Comrade Dhibhiritating was “worse for wear” in one of their meetings.

He was immediately ordered to take a rest.

I doubt he can point to any tangible thing that he did for this country that could have possibly sapped his energy that quickly.

Confusion in the cockpit
The situation, however, reached another level last Thursday when Zimbabwe had two presidents presiding over different state events at the same time.

A couple of hours after  Comrade Dhibhiritating addressed World Cancer Day commemorations where he was introduced as acting president, Ngwena presented a hastily arranged state of the nation address.

They fell over each other to clean the mess created by the always bungling Mthuli Ncube, who had announced the previous day that poor Zimbabweans would have to part with their hard earned money in order to be vaccinated against Covid-19.

The two did not make any reference to Mthuli’s “false statement”, but it was clear that they were doing damage control after Cde Surplus’ announcement that caused quite an uproar.

After being thrown under the bus by his confused bosses, the man, whose task in the Lacoste scheme of things is to make Zimbabweans as miserable as possible, issued a terse statement claiming he was taken out of context.

Never mind he was captured on video by an extension of the Pravda explaining how Zimbabweans would be forced to pay for the vaccines.

He was never going to admit that he was wrong. That’s not how the Lacoste gang does things. they never take responsibility when they misfire.

Or perhaps he was telling the truth, but had jumped the gun.

A familiar Lacoste script would be to start off by promising people that they would be inoculated for free before changing goalposts midway the programme.

Poor Zimbabweans would be asked to pay for the Covid-19 jabs, including those donated by our all-weather friends.

They did it with bond notes where for some time they lied that their fake currency was gedye gedye with the United States dollar.

Before long they had changed course and reality started sinking in that Zimbabwe’s currency was not the strongest in the region as claimed by Lacoste gangsters.
Now they are not even ashamed to price government services in United States dollars.

A week after they gazetted new tollgate fees in foreign currency, they announced that Zupco could start charging the urban poor in US dollars without any hint of shame.

Almost all fuel dealers in the country now sell their products in foreign currency, but they will insist there is no dollarisation.

Keeping up with the Mliswas
On a lighter note, Zimbabweans never run short of comic relief from their politicians.

The Zimbabwe-born Australian Mutami says she is pregnant with the loud-mouthed Mliswa’s twins following a whirlwind romance that didn’t even last for four months.

Mutami, with Zivhu’s help has been dishing out dirt on Mliswa using social media platforms such as Twitter.

The so-called philanthropist has been dropping bombshell after bombshell about the mercurial MP’s alleged sexuality and how he allegedly makes a living through extortion.

Interestingly, she claims the Norton MP is a closet homosexual.

Who still remembers Mliswa’s crusade against what he termed gay gangsters in Zanu PF during the late Robert Mugabe’s time?

In psychology they talk of projection, which refers to unconsciously taking unwanted emotions or traits you don’t like about yourself and attributing them to someone else.

Anyway, the story is still unfolding and knowing you Zimbabweans, this will take your focus away from things that really matter, which is keeping a close eye on the looting Lacoste gangsters.