The Economics of the Royal Family in Britain 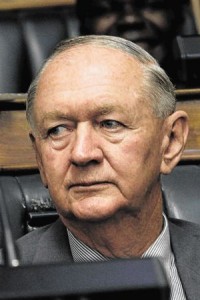 Source: The Economics of the Royal Family in Britain – The Zimbabwean

I do not know how you felt after watching the spectacle of the Harry and Meghan Markle wedding on Saturday. I am not a Royalist or an admirer of the Royal Family, but once I started watching, I was hooked.

It was Britain doing what it does best, putting on a show for the benefit of the whole world. It worked: they attracted one of the largest television audiences in history – nearly a third of the world’s population watched in one way or another. It outgunned even the FA Cup Final.

The Queen, one of the richest women in the World, paid for it all – not the Military aspect but just about everything else and I would guess that it must have cost millions to stage. But what a setting, a small British Town (very English), a beautiful day in spring and a magnificent Castle as a backdrop with a 1000-year-old Chapel that has served the Royal Family for centuries.

Then the fairy tale story of a handsome Prince (and he is very good looking), son of one of the icons of the beauty and fashion business in the form of Diana, falling in love (it seems head over heels) with a 36 six-year-old of mixed race origins, from the USA. Even if a top advertising agency had planned the whole thing, it could not have been more perfect.

There is no doubt in my mind that Harry has been well and truly sorted out by his spell in Afghanistan with the British Army. Before his stint in that sphere – perhaps the toughest battle field in the World, he was growing up slowly, a succession of girl fiends (including one from Zimbabwe, a blond bomb from Bulawayo in fact), known for being a bit wild and clearly not going to play his required role as a royal, then coming out of his service, very much admired by his colleagues in the Special Forces and clearly now mature and much more sober and thoughtful.

All you had to do was watch him interacting with the children in the crowds that lined the streets, kids know a fraud at 100 paces, they responded to him in a way that said – this is the real deal, in every way. Then there was the way he watched Meghan – no doubt there either. Grandmother was uncomfortable but then she is the Queen, after all.

The supporting cast of millions was made up of loyal royalists and visitors from every corner of the British Empire – even the rebels from the USA were present. I found the whole thing choreographed and magical – from the gaggle of bridesmaids and little boys, to the two men in Uniform, straight as ram rods, the Bishops conducting the wedding itself and that Cellist – 19 years old and playing that instrument like a maestro, how did they find him? And then the honor guard, wow, nowhere in the world of military ceremony would find a more magnificent display of military pageantry.

But there is much more to these events, so carefully managed and set up. For the UK this is really big business. The immediate cash return for the British economy was several billion pounds. The long term return on the investment will be much more. This is one of the greatest shows on earth in the language of the industry.

It also puts the United Kingdom, a tiny island State off the Coast of Europe, now a middle sized economic and military power, back into the center stage of global news, heavens, I am sick and tired of the coverage – it was great but let’s get back to the real things that concern all of us! They eclipsed even Donald Trump and that takes some doing. Tourism is one of the fastest growing industries in the world, it is labour intensive, it is in the service sector, one of the most desirable from an economic and developmental perspective and the Royals are the center piece of UK strategy to make Britain a magnet for foreign tourists. 85 per cent of the British GDP is generated from services and tourism is one of the main pillars.

We have the Victoria Falls – they have Harry and they outgun us every time.

But there was much more to this event than the business and economic aspects. This was a celebration of a real marriage. At a time when the institution of marriage as a lifelong union of a man and a woman is under attack from every quarter – modern lifestyles, religion, secularism, sexual orientation, the weak stance of the Church itself, social and economic pressures and the decline of the influence of real Christianity in Europe (I think that France is one of the most godless countries in the world) have all contributed to this. Fewer people are getting married in the traditional way and less than half of all marriages last a lifetime.

The word – this is my “Partner”, is becoming more and more frequent and is being recognised as a bona fide relationship with legal implications. But it’s not the real thing.

What we saw on Saturday, in every way, was the real thing. Two people, very much in love with each other, taking their vows in front of the Church leadership and promising to live together in a family sense, for the rest of their lives. The content of the service in this form was profound and significant – not only because it conformed to Church tradition and theology, but because clearly the couple had a say in how it was conducted. This was a real wedding, the new Union of two families and two young people.

Why is this important? In my view, as a Christian, because marriage is not a humanly concocted ceremony – it is very much God given. The origin of marriage is found in the Bible – at the very start in Genesis and then throughout. It is the way we as human beings are meant to live out our short lives on earth before we face whatever lies beyond the curtain of death.

If this is true, real truth, then marriage has social, political and economic significance. In my view, and it’s based on experience and observation, secure marriages are the best place to raise children who will be good and productive, stable human beings. Children who grow up in dysfunctional families are never as productive or innovative or capable as children who grow up in a family where Mom and Dad live together (preferably close to grandparents). Daughters love their Dad’s and are the best friends of their Moms as they grow older. Sons are the delight of their Mom’s and need, really need, a father in their lives.

In one of the largest social experiments in history, the Soviet Union tried raising children in mass in State institutions to try and artificially create the perfect Communist Cadre. The result, a generation of Russians who could not make decisions or take leadership. The experiment was abandoned and today the Communists are among the strongest supporters of families and denounce divorce.

J K Rawlings, the famous, author is spending her considerable fortune on trying to return children to their families from State institutions because she says, no matter how poor, how disadvantaged the families are – they are better at raising kids than the institutions they are in. It’s cheaper and more cost effective to do so and the product is better in every way.

So I celebrate this Royal wedding thing, I celebrate that billions of young people were shown just “how it’s done” in the correct, God given way. I hope that every girl who watched that absolutely gorgeous girl marry Harry that they will one day want to feel that way too and do it properly and then try to make it work in the real world out there. In doing so we will all be helping to make this planet a better and more prosperous and stable place to live.