The Joice Mujuru spectacle and love for publicity

Source: The Joice Mujuru spectacle and love for publicity | The Standard 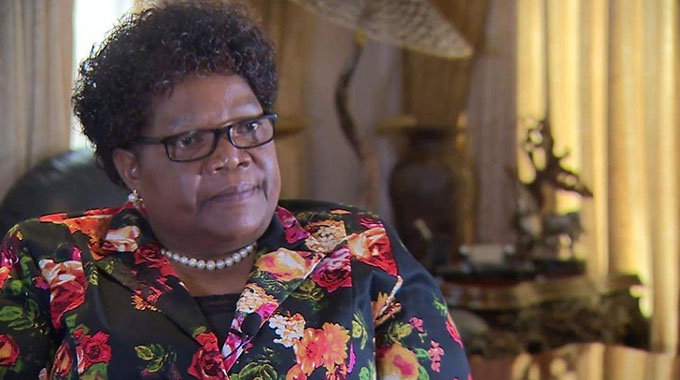 It was good to see the forgotten Joice Mujuru in the news last week following her meeting with Auxiliary Cable.

I thought to myself, this was a meeting of two women that I vanquished, kkk.

Make no mistake, I defeated them politically until that other one’s hubby called in the military to remove me and the Bobstar.

They literally brought a gun to a knife fight.

I defeated Joice so badly that the only message that she had after her meeting with Auxiliary Cable was that she is not into politics anymore.

My husband and I told you years ago that this woman did not have anything to offer, her only plan was to ride on Bobstar’s coattails to one day lead the country.

The moment my husband exited the stage, she was literally nothing, her ambitions crumbled and her start-up political outfit collapsed.

The funniest thing that Joice said is that the Auxiliary Cable is apolitical.

Is Joice really that naïve?

Probably that’s the reason kicking her out of Zanu PF and the government was so easy.

You don’t expect a helicopter- felling woman to be this politically innocent and naïve.

I wonder what Auxiliary Cable’s game plan is when it comes to meeting these yesteryear political players such as Jane Ngwenya and Joice Mujuru.

Is there any political capital in there?

I can guarantee you, without a shadow of doubt, that there is some political scheming going on.

What the Zanu PF of today lacks in political acumen, they make up for it in opportunism and scheming.

It shall be revealed all in good time.

A few weeks ago, Ngwena was the belle of the ball when he was toasted by probably the most shameless Highlanders executive in living memory.

You see, Highlanders and Zanu PF, particularly those in power, are like water and oil, they never mix.

Just a few years ago, Highlanders fans would be teargassed for literally the fun of it.

I know others will blame my husband for that, but to be honest, Ngwena would have whispered in his ear that something was afoot.

As the main actor that he was, Bobstar would then act. kkkk.

Forgive me, my people, I have strayed.

The subject of today’s discussion is my successor, the Auxiliary Cable.

That woman loves publicity and will do anything to be in front of the camera. In The Horrid, she is now a permanent feature on Page 2.

This past week was not any different.

Not to be outdone by her husband, she was feted by Dynamos and the cameras were in tow as usual.

She was given the “Number 1” jersey, and the significance of that is very clear.

She’s literally the one in charge of this country and she made it clear by having the Number 1 jersey.

People thought I was terrible, that I had done a bedroom coup — kkk that Jabulani Sibanda chap is crazy — but this publicity monger is worse than me by a long way.

Having Auxiliary Cable being feted by Dynamos is not as offensive to the senses as Ngwena being endorsed by Highlanders though.

Dynamos and Zanu PF were formed in the same year after all and they both thrive when there is chaos.

Anyway, I don’t get this fixation to be “endorsed” by Highlanders and Dynamos, it’s not like there has been any football for 18 months after all, so there’s literally no value.

And if football returns, there will be no fans allowed in the stadiums.

Football is not classy too, my Bobstar preferred the more refined sports like cricket — the gentleman’s game — and tennis, not the game for povo, football.

I heard, with a heavy heart, about the tragic death of Anne Nhira, the Studio 263 actress that we all knew as Vimbai.

You see, Anne was one of the biggest beneficiaries of my husband’s policy to promote local content in the arts sector in the country.

Studio 263 was supposed to be a platform to propel the rest of the arts sector, but sadly it did not, because those that came after my husband have no clue on some of these things.

So, instead of being the star and celebrity that she was supposed to be, Anne, like many others, was forced to go and seek greener pastures in South Africa.

Instead of reading scripts and auditioning, she was reduced to wondering about Zodwa WaBantu’s underwear and being an advocate for the banning of the South African from travelling to Zimbabwe.

Whenever she was in the country, she attended Zanu PF functions and no doubt, the party might want to milk any publicity it can get from her tragic passing.

They might even declare her a hero of some sort and Auxiliary Cable might visit her family with her faux tears and fake humility in tow to donate something.

But Zanu PF are clueless and only want to reap where not only they would have not sowed, but where they have literally destroyed.

What’s the point of Kirsty Coventry by the way?

Newer Post
POLAD’s opportunism and greed exposes a poverty-stricken nation whose leaders are so hungry would sleep with the devil for a plate of food!
Older Post
Survey shows Zimbabweans reluctant to get Covid vaccine