The Kingdom of Zimbabwe 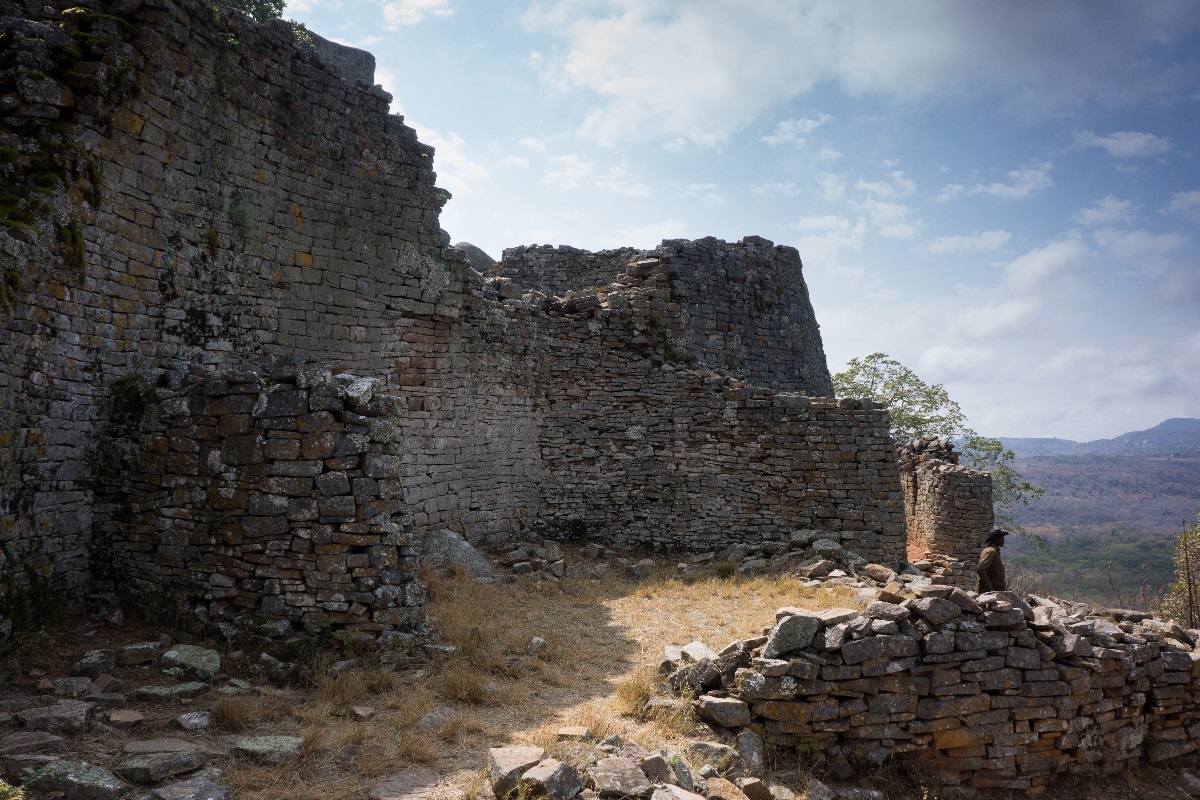 Archaeological remains suggest that the Zimbabwe plateau was first established by settlers from the Kingdom of Mapungubwe in Southern Africa around the 11th century.

They brought with them the artistic and stonemasonry traditions which are visible in the archaeological and cultural evidence today.

The Kingdom was centred on the capital, Great Zimbabwe, located near Lake Mutirikwe and the town of Masvingo.

The capital was constructed in the 11th century during the late Iron Age and continued to be expanded up until the 15th century. Spanning an area of 1780 acres at the Kingdoms height, Great Zimbabwe would have housed up to 18,000 inhabitants. 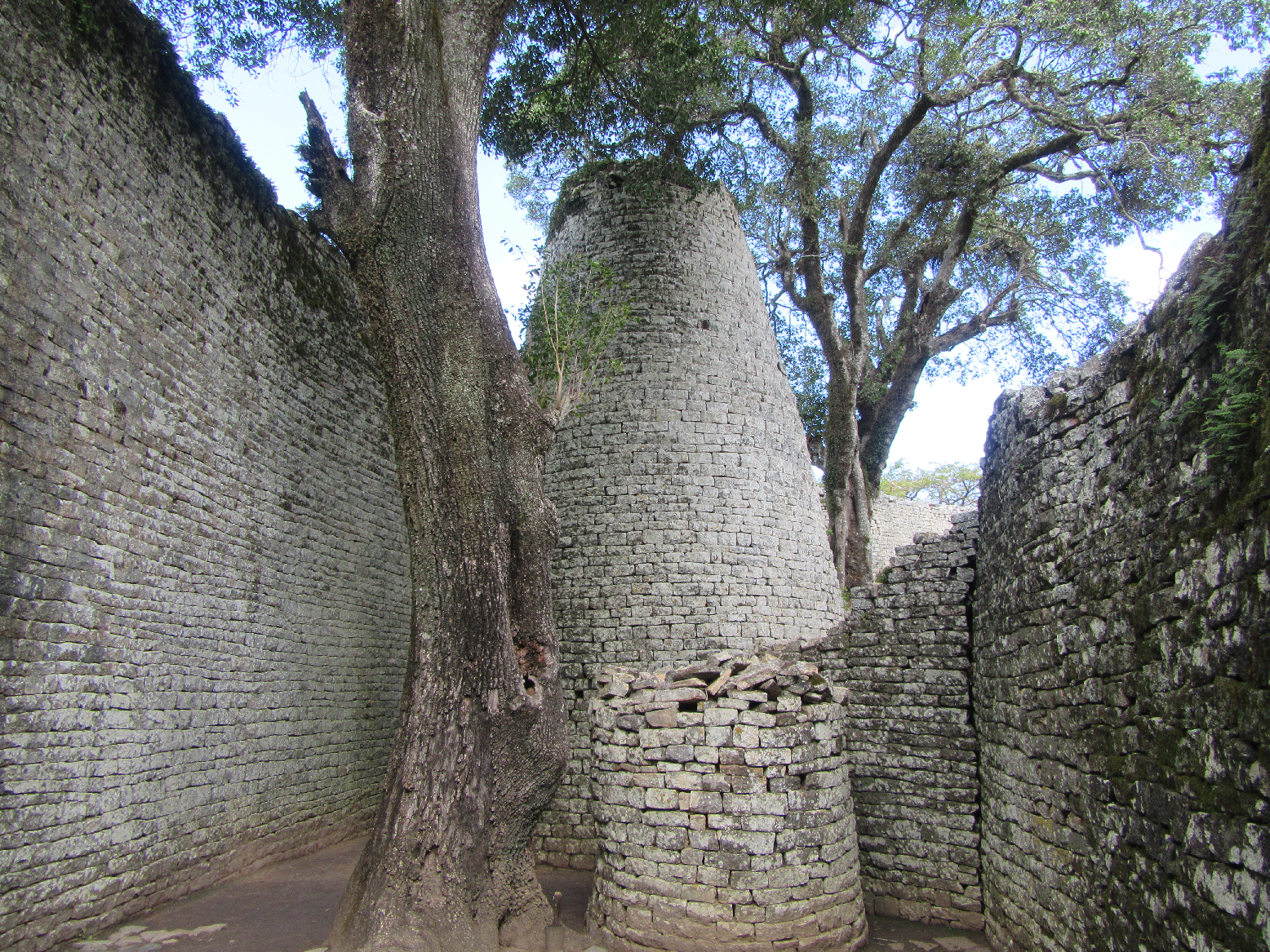 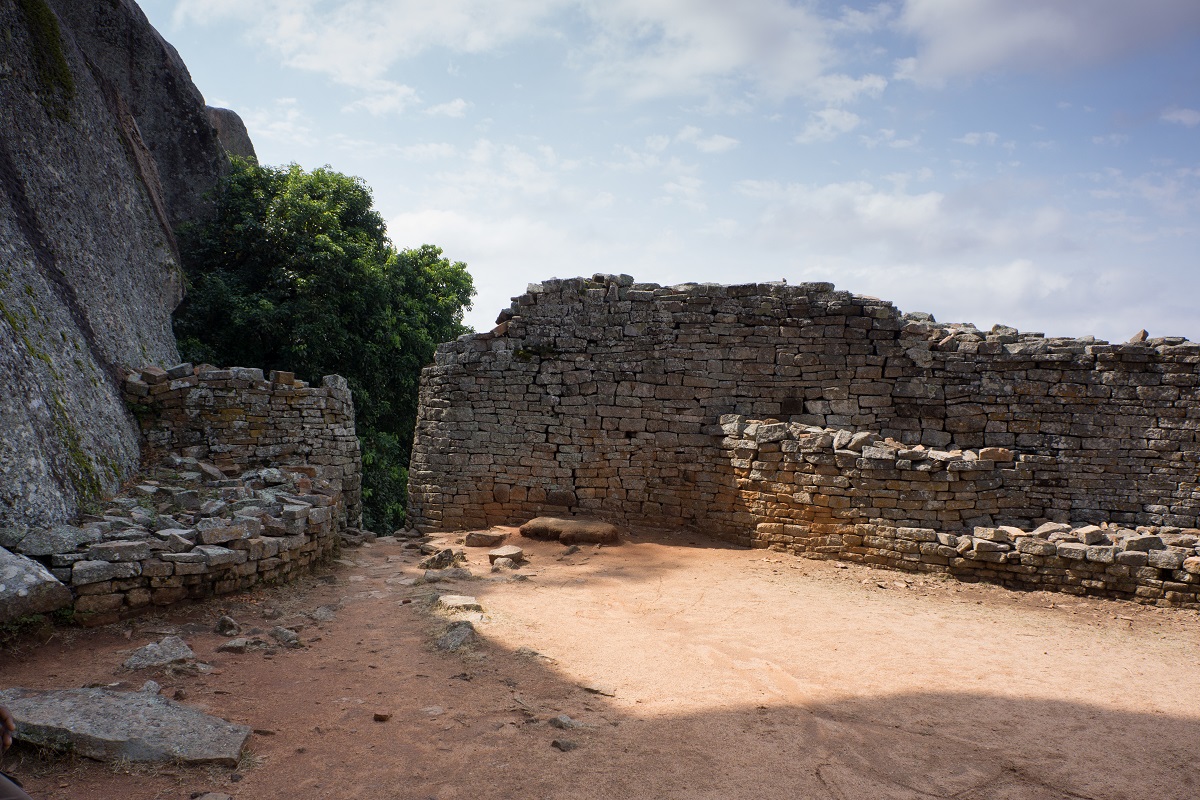 Great Zimbabwe’s most formidable edifice, commonly referred to as the “Great Enclosure” has walls as high as 11 m (36 ft) extending approximately 250 m (820 ft), making it the largest ancient structure south of the Sahara Desert.

The kingdom controlled the ivory and gold trade from the interior to the southeastern coast of Africa on a network that linked to Kilwa in present-day Tanzania.

Glass beads from Persia, porcelain from China and coins from Arabia are just some of the artefacts uncovered by archaeologists at Great Zimbabwe and evident of the wider international trade of the Kingdom.

Only in recent times has Great Zimbabwe been attributed to the native African peoples, as studies of the monument by academics were subject to political pressure by the government of Rhodesia (former name for the country of Zimbabwe) to disconnect the monuments true African heritage.

Around 1430 CE, Prince Nyatsimba Mutota of Great Zimbabwe founded the new Kingdom of Mutapa and established his own royal dynasty.

Mutapa grew to eclipse its neighbour, partly due to the internal political instability, famine and the exhaustion of gold mines within Zimbabwe’s territories.