The mafia was at work in the Nuanetsi Ranch

Source: The mafia was at work in the Nuanetsi Ranch – The Standard 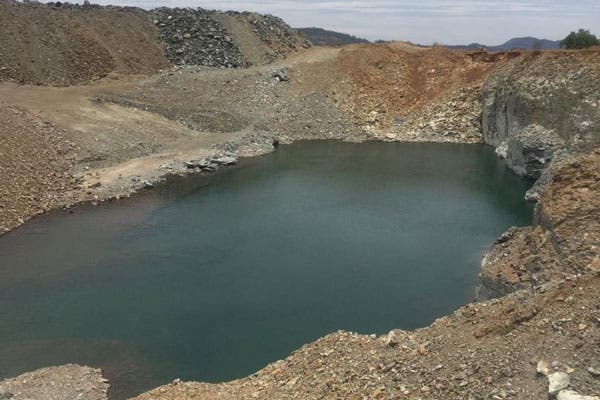 THE acquisition of Nuanetsi Ranch and its subsequent use as a base for the founding of the Development Trust of Zimbabwe (DTZ) has an interesting historical link with the nationalist struggle for independence. The history of Nuanetsi Ranch reads like a best-seller novel with a dash of the mafia among its lead players and those who led in its destruction after the death of the DTZ’s founder.

The nearly one-million-acre ranch, which lies east of Masvingo-Beitbridge road across Mwenezi River, was originally owned by a South African company. The owners did not like the idea of holding land in an African country whose future control would eventually pass from colonialists to that of indigenous authorities.

The ranch is home to a variety of wildlife not found anywhere else in the country under private ownership. Joshua Nkomo was the first to come knocking at the door and commercial arrangements were made to transfer ownership to the DTZ.

The ranch was located away from Nkomo’s home in Matabeleland. How did he know about it? In the days when Nkomo and others were restricted to Gonakudzingwa, government officials often met him and some of his colleagues for a chat at the ranch’s rest house. Nkomo was bowled over and fell in love with the property and determined to acquire it as soon as it was humanly possible.

Some of the people who came to interview him at the ranch represented the British government, which was still mulling the question of surrendering its colonial jewel to its rightful owners.

The opportunity came after reconciliation and the signing of the Unity Accord of 1987. However, the real story of Nuanetsi Ranch/Development Trust of Zimbabwe (DTZ) infamy that followed, began/begins after Nkomo’s death when a total onslaught by local politicians was launched to obliterate his association with the Nuanetsi Ranch/DTZ project.

Leading the campaign against Nkomo’s right to be associated with holding of any land in Masvingo province were a group led by the local governor. Charles Madonko and his management team led by Liberty Mhlanga were removed from their respective positions and had to wait for nearly 20 years to receive their pension benefits.

When I visited the ranch in 2014, Madonko had gained so much weight he could hardly move. It was clear he couldn’t last long. Living an idle life and watching proxies of his enemies busy at work on an establishment he had played a leading role in its development, was destroying his life. He had been chosen to become its first chief executive, but was now under control of those who were fighting a tribal war against its founder.

This could only lead to a decline in his health. It’s amazing he lasted until death finally caught up with him recently.

We are talking about a man, who was responsible for six sections of the ranch with nearly 50 000 head of cattle. He had a large team of workers under him to ensure that the assets of the ranch were well protected. Under his leadership, a division of the ranch became a partner in a sugarcane plantation with a division of Triangle Ltd. To minimise the effect of a looming threat to the ranch, Madonko had arranged a partnership with another establishment, which took over management of the ranch on sound commercial terms.

Nkomo had foreseen the danger that faced the ranch. As his health continued to decline, he commissioned Professor Phineas Makhurane to investigate and report to him how the property was being managed. Makhurane’s report reveals a can of worms in the destruction of the establishment. As already stated in a previous instalment, Nkomo did not live to read the report.

One of his findings was that control of the bank account of the ranch in Beitbridge had been removed from administration of board chairman Liberty Mhlanga and other signatories.

After Nkomo’s death, an office orderly, who opened the door of Nkomo’s car and carried his briefcase to the office or boardroom, was appointed corporate secretary with a direct line to the highest authority in the land.

Many a reader may say why the office orderly? Why not the driver to carry Nkomo’s bag and open his car’s door? All I am trying to convey is that someone, who did not qualify to be corporate secretary was appointed to ensure that the illegality of the appointment was not questioned.

A qualified corporate secretary would caution against breaking the law, unless, of course, he benefited from such a corrupt and, therefore, unlawful appointment. This is the man, who wrote letters of demand to the management of Triangle Ltd not to transfer DTZ/Nuanetsi Ranch earnings in the partnership in Mtirikwe Sugar Company to an account under his control. Similar letters were written to OCEGEO, the Russian company, which mined diamonds in Chimanimani in partnership with Nuanetsi Ranch/DTZ.

Makhurane established that since Nkomo’s death no board of directors meeting had been called to replace retiring directors and approve appointment of new ones.

John Nkomo had become de facto board chairman with the corporate secretary working directly under the president Robert Mugabe’s instructions. The removal of Dumiso Dabengwa from the board of directors was unlawful and so was Thandi Nkomo’s appointment in his place. This point is emphasised in Makhurane’s report.

Money was extorted from the diamond mine to build Robert Gabriel Mugabe School in Penhalonga, and John Landa High School in Tsholotsho. The mine also often found itself having to “donate” drums of fuel to police stations in Chimanimani.

What perhaps became the climax of looting Nuanetsi Ranch/ DTZ was Mugabe’s order to close the establishment’s account with a bank in Beitbridge after months of management being denied access to the account.

The management had hired a Bulawayo lawyer to fight the case and the court ruled in favour of the establishment. “Mugabe instructed the bank to keep the account closed” said Madonko afterwards. No one knows what happened to the money in the account.

That was the end of Nkomo’s association with that establishment and to ensure that there were no legal challenges over the “ownership” of the ranch and its assets, Nkomo’s children received a considerable number of cattle as a send-off for the dead founder of the trust and its control.

“This was a gesture of goodwill towards Nkomo’s sterling initiative in the acquisition of the ranch and the founding of the trust”, said one source. There was also a piece of land near Bubye which was granted in recognition of Nkomo’s initiative. The last time I heard about it there were fears that Nkomo’s family was in danger of losing the land to some un-specified usurper. Nkomo’s legacy as a nationalist par excellence in this country, which was recognied by calling him Father Zimbabwe, was now being challenged by a bunch of those who in Masvingo who pushed a tribal agenda against Nkomo.

These people’s oft shouted swan song that “Nkomo mudara wedu” (Nkomo is our old man) takes on a bitter taste of hypocrisy.

Let me have one last shot at this stranger-than-fiction story concerning the toll bridge which was built by an Israeli firm of engineers who received pay for the work from toll fees. Payment for the work was due to end in 2014. The money represented some 14 percent of the total earnings of the bridge.

This was the amount of money which was due to the trust once the debt of construction was paid off. There is a man in this country who is more familiar with the nitty gritty of the arrangement. But it is not politic to name him to clear this point because doing so might expose those who were involved in wrongdoing.

When I visited the ranch one section manager had died without receiving any benefits. His family still lived on the ranch waiting for a miracle to happen that would lead to the release of his terminal benefits.

Why are public affairs of this country subjected to the rules of a Mafia? Is it any wonder that the world sees this country as an unfit investment destination?

The affairs of Nuanetsi Ranch and the Development Trust of Zimbabwe need an independent inquiry to establish the extent of corruption in its administration.

Here was a national establishment which was intended to benefit the people of this country but was plundered by few people in high places.
Jonathan Maphenduka contact 263 772 332 404.