The mighty do fall after all 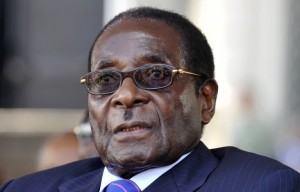 Source: The mighty do fall after all – DailyNews Live

HARARE – It is hard to believe that Robert Mugabe has disappeared from the
Zimbabwean political landscape which he dominated for the past 37 years,
marking the end of one of the longest political careers the world over.

The excitement that gripped Harare, with car hooters booming on the
streets and crowds ululating and cheering, was something out of this
world.

Who would have thought that Robert Mugabe would be where he is today.
Mugabe, the only leader Zimbabweans have known since independence, has
ruled the southern African nation with an iron fist for close to 40 years
now.

But perhaps people would want to know what finally led to this
catastrophic fall for a man who virtually owned Zimbabwe for close to four
decades.

The very first port of call is none other than the confines of his own
bedroom.

His wife Grace – a woman many felt lacked the decorum consistent with a
first lady – had such an abrasive character that she rubbed almost
everyone the wrong way, save for her acolytes in the vanquished Generation
40 (G40) faction of Zanu PF.

Her rants at political rallies were at the least surprising but betrayed
her intentions.

The party had become her personal property. She could shout at anyone,
anytime without reflecting on the possible consequences because she
thought she had arrived.

Interestingly, Zanu PF had backed Mugabe through the series of crises that
have resulted from his ruinous populist policies, re-electing him at every
turn.

Events suddenly turned against him last week following “Operation Restore
Legacy” – an intervention by the military.

Mugabe had just been endorsed by all the 10 Zanu PF provinces as the
party’s presidential candidate for the 2018 general elections in which he
was expected to stand against a coalition of opposition parties that were
hoping to use their collective force to boot out the 93-year-old.

The same crowds that had cheered Mugabe and his wife on during the
presidential youth interface rallies around the country, were the same
which were baying for his blood at the weekend, passing votes of no
confidence on the man whose candidature they had endorsed barely a month
earlier.

In a way, there is something that Mugabe must have done terribly wrongly
before he met his waterloo. The axing of former vice president Emmerson
Mnangagwa from both party and government two weeks ago must have been an
ill-advised move.

But for Grace, Mnangagwa had to go so that she would go up without
encountering any hurdles. And she got the support she wanted from Jonathan
Moyo, Saviour Kasukuwere, Patrick Zhuwao, Walter Mzembi, Mandi Chimene
among others who have now fled the jubilant crowds back home.

Given Grace’s clear presidential ambitions, Mnangagwa was fired the very
day he was appointed to replace Mujuru in December 2014. For many,
Mnangagwa would go the same way as Mujuru except that “the Crocodile”
would not take it lying down.

As promised in a statement soon after his sacking, Mnangagwa was to hand
Mugabe one of his biggest and perhaps most important political lessons,
albeit very late for the nonagenarian leader. You do not ride roughshod on
those whose shoulders you stood on your way up the ladder; they will
simply remove the pivot you were leaning on.

Mnangagwa and his allies must have seen it coming and had invested heavily
in preparing their response to such an eventuality.

Crucially, Mugabe lost control and trust of the army, an institution that
had propped him up at some of the most trying times in his political
career.

For instance, when Mugabe lost to the MDC’s Morgan Tsvangirai in March
2008, it was the armed forces who ensured Mugabe got an opportunity of the
presidential run-off of June 27 of that year. Tsvangirai withdrew from
that run-off, citing the murder of over 200 of his supporters resulting in
Mugabe running the race on his own.

Noone trusted Mugabe anymore, including his own lieutenants in the party
and government because he had betrayed them through his actions. By
choosing to go with the demands of his wife and the G40 cabal, Mugabe was
ostracising himself from the people whose endorsement he has enjoyed over
the years.

Anything is possible in politics but surely this may not be the case when
your pillars of strength are removed.

Eventually, Mugabe lost the armed forces, he lost the party and crucially,
he also lost the people.

His resignation – when it finally came on Tuesday – was the culmination of
an eventful political career, which was eclipsed by his wife’s ambition .