‘The party of excellence’ scored own goal

Source: ‘The party of excellence’ scored own goal – The Standard December 2, 2018 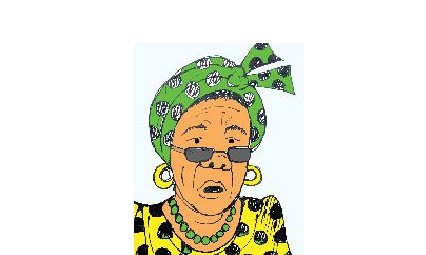 My People,
I hope I find you well in that hell which you have created for yourselves by entrusting your future in the hands of clueless leaders, thieves, fraudsters and other such colourful characters.

We are living in Singapore, a functioning country instead of the one which Gushungo and his colleagues such as ED and company destroyed in three decades of uninterrupted rule.

I do hope you have received enough seeds, fertiliser, beans, cooking oil, second-hand clothes and all the  things that you are bribed with on an annual basis to secure your votes whenever they are needed.

My informers tell me that at command “ugly culture” things are not looking rosy as farmers have not been given diesel while many have the seeds but no fertiliser and herbicides.

Meanwhile, Mthuli is wringing his hands in anguish because while he says farmers will need to fund their farming operations, when ED addresses rallies he tells the crowds what they want to hear instead of telling farmers they now need to source their own implements.

I am told the weather experts are not promising much in terms of rains, but I am sure the revolutionary party will avail funding to enable you to hold a few rain-making ceremonies around the country.

Of course, we may end up not holding as many rain-making ceremonies as we would want because funds and other resources for that are likely to be looted by chiefs or anybody entrusted with the responsibility of being the custodian of those.

Even modern methods appear not to be working as I have gathered unverified reports that attempts at cloud seeding recently went spectacularly off the rails resulting in “snow” falling in some parts of the country.

Another attempt to embark on cloud seeding also went awry and nearly caused a diplomatic incident after causing floods in a neighbouring country.

The boys and girls in dark glasses and leather jackets tell me that the disasters with cloud seeding may have been caused by wrong or expired chemicals, which were applied by unqualified relatives of chefs.

Whatever the case maybe, if I need anything like transport to return home, I will just call ED then Pfee, I will be back home.

The going rate for such extremely luxurious jets is about US$2 million.

Meanwhile, for families which have lost their loved ones in recent bus disasters, the ED government is providing 500 useless bonds.

Of course, by hiring private jets instead of using Air Zimbabwe like Gushungo, ED will be simply covering up for his unquenchable thirst for flying around the world in super luxury planes.

In fact, Lacoste is worse than Gushungo when it comes to flying.

Any leader who flies to Zambia to sign an MoU to preserve graves and Guinea in order to be the first leader to have flown there while using hired expensive jets really needs to have their head examined.

Meanwhile, the same Lacoste gangsters are lying to Zimbabweans that we need to tighten our belts for austerity to gain prosperity.

Jokes have always been made on whether the leadership of the MDC want to take over the running of the country or that they would rather remain opposition.

They attribute this to the spectacular own goals that “the party of excellence” is always scoring at crucial times, which usually results in splits or internal upheavals.

One of the most topical events of the past week was to see some MDC clowns reprimanding their vice-president Elias Mudzuri in a clearly stage-managed event for purposes of wider circulation to members.

Mudzuri’s crime was that he had attended a parliamentary event at State House.

Those in the know — and there are many — will tell you that among the most vocal in the mob was a gentleman who can occasionally be seen dining with senior Zanu PF officials in upmarket restaurants.

Among the senior officials that he meets are state security ministers and former MDC officials who abandoned the party many years ago.

The other mobster is an ally of vice-president Dr Dhibhiritating.

It will be interesting to see what the party will look like when they are done with it.

But neutrals were asking what exactly the MDC PF really wants.

Its MPs were united with their comrades from Zanu PF in calling for parliamentary vehicles during a workshop in Bulawayo recently.

Senior officials from the party who are lawyers are legal representatives for senior Zanu PF officials.

After they marched in Harare, they submitted some petition demanding talks.

The less charitable say the petition is some form of demand for jobs.

The question remains: What exactly does the MDC really want?

Are they in Parliament or they are out?

Last time it was Thokozani Khupe who was heckled and threatened by the violent and hooligan component in the party. when will such behaviour end and who is next?

By the time Germans tried to stop Hitler after being mesmerised by his eloquence and intimidated by his Vanguard called the Brownshirts, it was already too late.

One of the local media houses, The Horrid, is certainly finding it difficult to report the saga surrounding the scandalous elections at Zifa.

Some comrades are even afraid or too embarrassed to attach their names to stories on the Zifa elections as the levels of unprofessionalism have reached embarrassing levels.

And readers of The Horrid have begun speaking out about the scandalous levels of unprofessionalism with others occasionally using the word “corruption”.

Maybe it has something to do with a boss who received a residential stand from one of the contestants for the Zifa leadership.

That boss, the one who was involved in Asiagate.

Looks like old habits are refusing to go away.
Gushungo woyee!!