The relationship between corruption and service delivery: The case of Zimbabwe

Source: The relationship between corruption and service delivery: The case of Zimbabwe 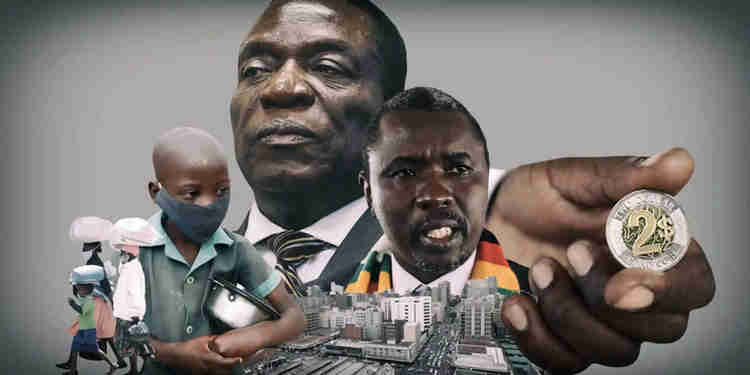 The constitution of Zimbabwe is considered to be one of the most perfect and progressive constitutions in Africa and indeed the world.

Added to this, Zimbabwe has various legal and institutional frameworks designed to curb corruption and facilitate smooth and effective service delivery. However, despite the existence of a progressive constitution, laws and institutions designed to curb corruption, the country continues to perform badly when it comes to providing citizens with consistent and effective service delivery.

More worryingly, the country continues to battle with the cancer of corruption, which has permeated literally and metaphorically all spheres, and facets of Zimbabwean life.

On the Transparency International Anti-Corruption Index, Zimbabwe ranks 157 out of 180 countries; a ranking that makes the country unattractive to the much-needed Foreign Direct Investment and increases the country risk profiling as a safe destination to conduct business.

This article thus concludes that corruption in Zimbabwe must be declared a crime against humanity and a national pandemic and embarrassment that needs immediate chlorination through good governance, ethical leadership, value-laden citizen and leaders and more importantly, a shared national vision on how to thwart corruption in society.

Service delivery is the mechanism through which public services are delivered to the public by local, municipal, or central governments. Sewage and trash disposal, street cleaning, public education, and health services are some of the examples of public services.

Corruption as it is defined by the World Bank is a form or a criminal offence which is undertaken by a person or an organization that is entrusted with a position of authority, in order to acquire illicit benefits or abuse of power for one’s private gain.

If one is to take a snap survey of Zimbabwe’s state of service delivery in any city; one needs not go far than to look at the state of roads.

Roads in Zimbabwe have become a menace to the motoring public as most roads in towns and cities are in a bad shape.

Since attaining independence in 1980, Zimbabwe has been plagued by different corruption scandals. These scandals have involved the government and the private sector. What is disturbing is that for the past 4 decades, there has not been a concerted effort by the government at all levels to decisively deal with corruption so that the country’s socio-economic fortunes can change and citizens can experience a consistent basis, improved service delivery.

The country’s Auditor General’s office which is a constitutional office created by section 309 of the Constitution has been consistent in exposing corruption in both local authorities and central government ministries. However, what is worrying is the failure by central government and local authorities to implement and follow-through, the Auditor General’s recommendations to improve service delivery in Zimbabwe.

Corruption, therefore, affects citizens’ progressive realization of social and economic rights that are in the constitution. For example, where the state fails to stop illicit financial flows in the mining sector, this will negatively affect the government’s capacity to mobilize financial resources necessary to build schools, construct decent shelter and finance social security for the poor and vulnerable.

The government, through the Minister of Home Affairs earlier this year indicated that Zimbabwe is losing USD100 million a month due to corruption in the gold sector alone. If this is addressed by both the Zimbabwe Anti-Corruption Commission (ZACC) working together with the police, intelligence services and the National Prosecuting Authority (NPA), surely the country will be able to finance its developmental aspirations like the construction of 265 000 housing units as planned in the National Development Strategy 1.

The corruption that has been reported by members of the public in relation to the Registrar General’s office is yet another case that stops proper service delivery. The existence of bribery and corrupt activities at this office has for years led to a lot of citizens failing to get national identification documents as well as passports to travel outside Zimbabwe notwithstanding the fact that in accordance with the constitution “every citizen has the right to leave Zimbabwe.”

Thus citizens are failing to get basic services like a passport due to corruption. The failure to get a basic service like a national identification document also compromises citizens’ universal suffrage rights to vote and elect leaders of their choice at all levels.

In summation, and as a way of recommendation, the government of Zimbabwe is called upon to declare corruption a crime against the citizens of Zimbabwe. To this end, this cancerous pandemic of corruption must be addressed through the following measures: