The Saturday Column: From best hotels in London to police cells in Harare

Source: The Saturday Column: From best hotels in London to police cells in Harare | The Herald July 27, 2019

I could have given ZAAC a classic strophe, antistrophe, and the accompanying epode, but I am less gifted in that field. I see the corrupt among us twirl, whirl and twizzle. Can someone tell the offenders that it is time up? Tell them ZAAC says so. It will be knocking on your doors. It has been a good start and, indeed, it has sent the corrupt scamper, quake and quail.

The arrest of Prisca Mupfumira was not seen coming. Everyone had started dismissing the newly-teethed ZACC as useless. After the NSSA audit there were too many theories about why Mupfumira could not be arrested. We will go back to Mupfumira someday, for now it could be subjudice. But we cannot leave our great sister without reminding her of a tale of two lives. 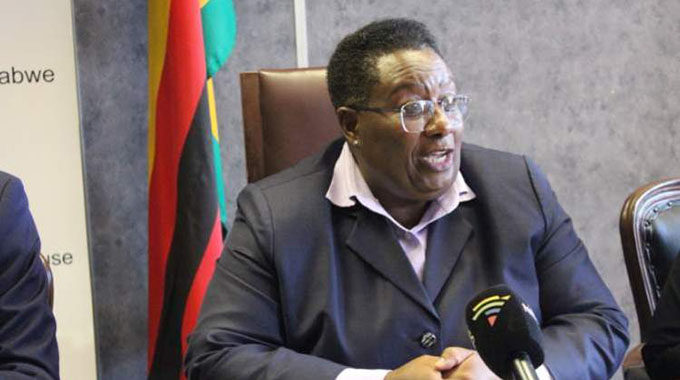 Newly-teethed Zimbabwe Anti-Corruption Commission, led by Justice Loice Matanda-Moyo, has all and saundry that it means business after the arrest of Prisca Mupfumira

From the ambience of the best hotels in London to police cells in Avondale, can be as contrasting as day and night. It is not a good experience. Ode ZAAC! Ode, ode, ode! For the benefit of others an ode is a type of lyrical stanza. It is an elaborately structured poem praising or glorifying an event, individual or organisation, describing nature intellectually as well as emotionally.

A classic ode is structured in three major parts: the strophe, the antistrophe, and the epode. We have been promised more is coming and the net is closing in on one more bigwig. Those wigs am sure will be torn into rags.

The republic that is not a republic
There I was in a bar in Bulawayo last week, downing the holy waters with colleagues and naturally after taking in one or two our discussion, which for long had been jokes over Shonas and Ndebeles, shifted.

They joked at how I ate mice, which I insisted was a delicacy and I immediately hit back with a jab on mopane worms, those creepy creatures of many legs. It was a good drinking place, cool as a cucumber. The symphony was as soft as wool.  The discussion drifted to serious politics when one man got in and started talking about The Republic. The Republic, I was later to learn, was Mtwakazi, a tribal political outfit, whose republic, I learnt did not include me.

It was an all-Ndebele people country. Their republic is a figment inspired by tribalism. An awkward dream that seeks to divide Zimbabwe into two. The Republic diving the country from Sebakwe River and including all-Matabeleland and then us taking up the remaining parts of the country — Mashonaland, Masvingo and Manicaland. I insisted it was a bad joke.  But hell no, the guy was serious. It turned emotional. I chugged the last drink and walked out. For the benefit of those who do not know, like I now do, there are guys, a few malcontents who think, one day there will be Mtwakazi Republic.

A group of Ndebeles (no pan confined) based in South Africa, is funding the idea, but this is dangerous politics. They want a republic that is not a republic. This is stupid politics. It is stupid belief or stupidstitious (don’t use dictionary you won’t find this word)! But you see, this kind of excitement is represented by people like Chief Ndiweni. He has been at the centre of creating parallel structures as a way of aiding the birth of the Mtwakazi Republic. Now this will not happen. It should not happen. Dream are dreams. Barren dreams. Stupid!

Elusive convicts who attend meetings
It appears justice has a way of evading criminals, or is it the other way round! We hear of criminals, who, after brushing with the law of the land, have a way of appealing to their constitutional rights to be allowed the freedom to interact outside jailhouses. See, they use gaps in the law, and their connections, or maybe money, we don’t know.

But what we know is that no sooner does the gaoler lock them in to serve donkey years for their heinous crimes against the people of Zimbabwe than the phone rings in some office somewhere, and voila, the convicted criminal is set free. They say it is a constitutional right to appeal; probably they are right.

But when pot-bellied men rob us of our measly loaf of bread, and throw it to their equally fed dogs, that can only drag it into the dust; and when we complain through the Justice of the Peace, it is always our hope that justice will prevail. We get worried, really we do, when we hear that the gaoler has no power over them, and that the bhurakwacha can do nothing either.

There is this fella, not that he is the only one though, for we know that money has a certain way of changing hands, and when it does situations change too, and the bhurakwacha looks the other way; who took a minor to bed, after luring her with a Nhokia, sorry Nokia mobile phone, and the law knowingly said it was improper.

See, he got himself an 18-month engagement with the gaoler, but the well-oiled fella thought the Justice of the Peace erred and appealed to Honourable Mr Justice, who, because of his great knowledge of laws, and phonies, dismissed the case proper, way back in 2015. Four years on, the juti babylon can’t tell where he is hiding. Funny! But we hear he attends meetings, and is still free as you read! Freedom wears the colour of money we presume.

Paddy the clown takes circus train to prison
So, Paddy has made his date with the gaoler! We have always known that with the way he fancied himself the man about town, he would soon mud his face, and clownishly clean it at the jailhouse lavatory. 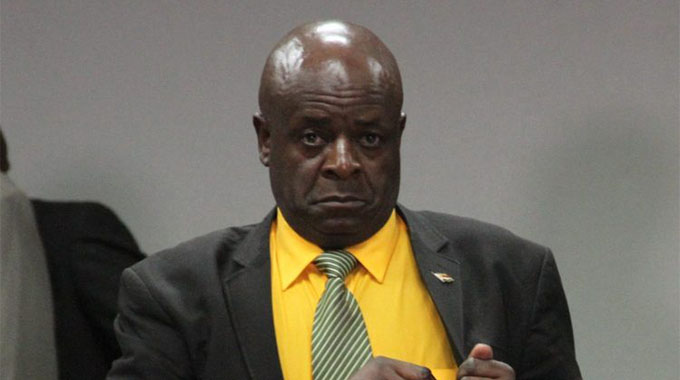 Now he will announce the coming of Kingdom Come to his fellows in zandom; that is if the gaoler allows him. Ruling a country is not like sampling dancers, and playing Joker at a watering hole (no pun intended). Paddy, being part of a circus train going by the moniker MDC-A, fancied himself a minister; wonder which one — of the word or politics, we do not know, but he would tell whoever cared to listen that sooner or later the clowns in his train would trade circus garb for political office, and change the rules of the game.

Too bad Brother man, we hear that the appeal route, which is in vogue these days, may also appeal to you. We wish you well in your new role as the clown par excellence at the gaoler’s.

RELOAD(ING) the nonsense
It is not foolishness to dream, and even dream bigger, for dreams are by their nature a reflection of where we usually spend our days, and where we may wish to take ourselves, but when in our wakefulness we begin to relive the dreams; then those around us will begin to worry.

Those endowed with wisdom know that if one goes about saying what he believes himself to be, he may be forgiven for daring the gods, who knows, they may be tempted to alter his destiny; but if he has a retinue of hangers-on following him, and getting carried away by his somnambulism, then, the noble thing to do is to call the medicine man, or the diviner to interpret the signs exhibited. He may be losing his wits; and those following him may be following, like the doomed fly, an odor to the grave.

The acronym RELOAD, reminds us of many attempts following an initial failure to load. Knowing as we do, that loading is a heavy burden, we wonder how many RELOAD attempts will be required for clowns using sieves to load jecha onto trucks without loading boards.

Joke of the week
It being the last Saturday of this cold month, women have been handy and all nice this winter. But story is told of how a man who had visited Israel, lost his wife. After pronouncing the death, the doctors gave the man an option to either repatriate the body, which required thousands in US dollars or just bury her there, which meant a few hundred dollars.

The man gave it a thought and made the decision to still bury her back in Zimbabwe, despite the cost. Asked why, he replied: “Well, Israel has a history of a person who resurrected after three days, and no, this one might resurrect. Better she is buried for good!