The untold story of Iden Wetherell 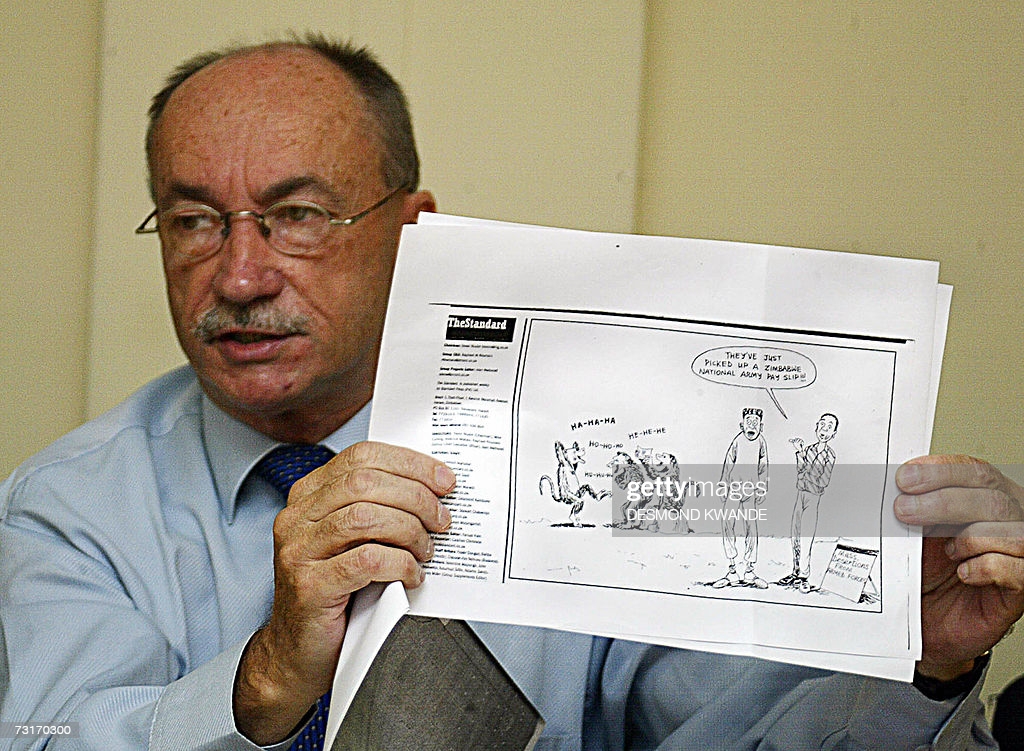 I FIRST met Iden, who died last Thursday, in the mid-80s when he became our History teacher at Mt Pleasant School in Harare.

Then, he was Dr Wetherell, a committed educationist who produced multitudes of A grades in History at Ordinary and Advanced Levels.

This was notwithstanding the fact that for the three years he taught us History on the D Block, he never wrote a single word on the chalkboard, something that I was to discuss with him a decade later when fate united us again at the Zimbabwe Independent as newsroom colleagues.

The great academic had now shed the pedagogic robes.

He had “dropped” the title Dr and preferred to be referred to as simply Iden.

That is what he was to us for the two decades we interacted at the Zimbabwe Independent, which later became ZimInd Publishers. Before delving into his exploits as a writer, let me digress.

Iden was a man of strange methods, from not writing on the board when he was a teacher, to wearing trainers to work (not a common act by a government teacher at the time) and giving his work attire a semblance of formality with a crocheted brown tie won on all manner of checked shirts.

He was an enigma, oftentimes a stone-faced schoolmaster whose great knowledge of history was habitually delivered in witty and sometimes unconventional methods of strict instruction and public education.

This continued in his newfound vocation later in life as a journalist.

Most of the time for us, it was the map of Europe at the back of the class that created a setting for discomfiture.

Most lessons at some point involved someone being “volunteered” to go and locate areas of historical significance on the map or to trace movement of armies across the continent.

“Vincent, you are lost on the streets of Paris and you are now heading towards the brothels . . .”.  My task on the day was to locate Versailles and St Germain, Parisian suburbs where peace treaties concluding World War 1 were signed. I did not get to the playhouses though!

I was familiar with these Iden methods in the newsroom.

We all knew Iden would walk in at 9am and nothing would change that.

On rare occasions when he had to come in earlier, he would protest about “waking up at ungodly hours of the day”.

Not that he wanted anything to do with religion. He often captured religious enthusiasm as “Christian propaganda.”

There was an air of non-conformism in Iden which often found him at opposite poles in arguments and debates with management, and sometimes with colleagues in planning meetings and review conferences.

To explain his disdain of the chalkboard, he would say: “Did you feel disadvantaged as a student that I did not write on the board?” No, was my response. “So, why do something that does not add value?” he would end the conversation.

But this “rebel” in him, coupled with his great inventory of knowledge and unmatchable analytical skills made Iden a formidable journalistic force who authorities in government could only insult and berate for vengeance.

As young political writers, he taught us the art of writing hard-hitting analytical pieces and editorials, while paying attention to detail.

His greatest gift to this profession perhaps was his honesty and fearlessness which helped to mould the Zimbabwe Independent into a respected and sought-after publication.

The publication became the training ground for many of the editors leading media houses today.

I remained Iden’s “student” even after I succeeded him as editor of the Zimbabwe Independent in 2004.

We worked very well together for the six years I was editor of the Zimbabwe Independent.

The public humiliation stunts from the classroom days manifested in the newsroom from time-to-time.

Not much escaped him. He used the open plan newsroom to enforce good writing skills and when this failed, everyone in the newsroom would know.

One boisterous reporter was one day asked to come over to his corner to discuss a story he was reviewing.

As the reporter was making the diagonal dash to the little meeting, he was stopped in his tracks with the words: “May I introduce you to a comma.” Crestfallen, the reporter made a U-turn to the safety of his desk, but to those listening, a point had been made.

I will give others space to write about newsroom interactions and professional conduct and focus on little disclosures about Iden.

When he spotted Iden, he quickly mellowed. He asked me: “What is this man doing here? That man is a revolutionary.” He walked to Iden’s desk and they exchanged brief, but very warm pleasantries like long lost friends.

We did not know at the time that Iden had worked with Zapu nationalists. He kept the story of his involvement in politics very close to his chest and from time-to-time, he would make political disclosures and averments based on his knowledge and experience of 1970s politics. One such instance involved the successor to Vice-President John Nkomo.

There was the name Phelekezela Mphoko in the fray and we were all asking where he came from and who he was in the first place.

A Friday afternoon chat set out the Zapu hierarchy and back he spoke of a gentleman called Buzwani Mothobi and told the story of Simon Khaya Moyo carrying Joshua Nkomo’s briefcase! He rightfully opined that Mphoko, despite his lack of popularity would be VP. Iden was a history book on tape. But we came to realise that some of the knowledge he possessed was more than just learnt but experienced.

When the late Mark Chavhunduka and Ray Choto were arrested and tortured by the army in January 1999, then Minister of State for National Security Sydney Sekeramayi convened a Press conference to deny army involvement in the torture.

Iden was at the presser were he openly challenged the minister’s assertions and even said: “Sydney you are lying”. He would address the minister that way because he was at university with Sekeramayi and a whole host of other students who became national leaders.

At the Harare Central Police Station after our January 2004 arrest, Iden spoke with nostalgia of the green lawn and rose garden in front of the CID offices.

In police cells, he later shared stories of his brush with the law as a student activist and removing executive portraits from post offices and other public places.

“I wonder why student union leaders of today leave Mugabe’s pictures hanging all over the place,” he scowled.

This is a part of his life which he rarely spoke about and whose details may never be revealed.

If he was to edit this eulogy, I am sure he would look over his glasses and say, “Vince, you are rumbling, let’s cut it to 600 words.”